It seems that the bad time for Rumi and Shahjahan has started. 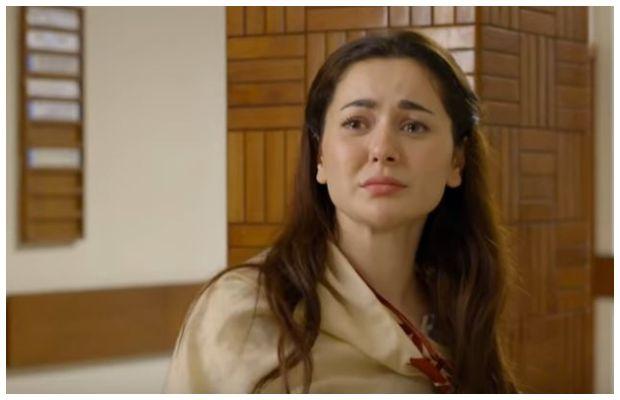 Mere Humsafar Episode-37 Review – ARY Digital’s drama serial Mere Humsafar was going strong but now it has entered its dragging phase. The characters and story are not making any sense at all. Performances are brilliant as usual. In the previous episode, we have seen that Hamza has fallen from grace and he starts doubting Hala. In this episode, it has shown that Hamza has somehow gotten over this doubting phase but Hala continues to disappoint the audience.

Well, credit goes to the makers of this play who have ruined Hamza for us. Hamza tells Khurram that he will not believe whatever he is telling him. Well, Khurram somehow manages to convince Hamza at a point that it is only he who truly loves Hala. Hamza cries like a loser and then he comes back and thanked Khurram for opening his eyes. Hamza has gotten over his doubting phase.

Hala is behaving so insanely the way she tells her sister that she does not want to see the doctor why she is doing that? On the other hand, she lightens up to see Hamza coming to accompany her to her appointment but then she runs away in the middle of her appointment. She is so dumb that she still thinks that Hamza will take away her baby.

Hala does not have any faith in her love. She strongly believes that whatever Tayee has said about Hamza is true. She clearly knows about the nature of her Tayee but she still buys whatever she says. Hala has really disappointed the audience by shunning such a loving and caring husband. She has planned that she will go to London with her father and she will leave Hamza why? Just because his mother tells her that he will take away her baby. Hala believes her Tayee more than she believes Hamza.

It seems that the bad time for Rumi and Shahjahan has started. Rumi’s engagement takes place and her husband sees the snaps. He is in such a furious mood that he has hit the car with a big shot. He has to escape from the scene where poor Rumi is badly stuck in a difficult situation. Her in-laws are demanding for Nikkah ceremony as soon as possible. Rumi cannot contact her husband what is she going to do? Whatever she will do she will surely bring disaster for Shahjahan and that is what she deserves!

tweet
Share on FacebookShare on TwitterShare on PinterestShare on Reddit
Rameeza NasimSeptember 9, 2022
the authorRameeza Nasim
Rameeza Nasim, a Paralian, passionate about poetry, drama and fiction. By giving drama critiques I feel like I am endorsing the writer's message to the audiences, I love my job. Being a critic responsibility lies on my shoulders to point out the flaws and shortcomings of the play be it on writer's , performers or director's end . I did my Masters in English Literature and Linguistics .
All posts byRameeza Nasim