Khurram proves himself as most pathetic person 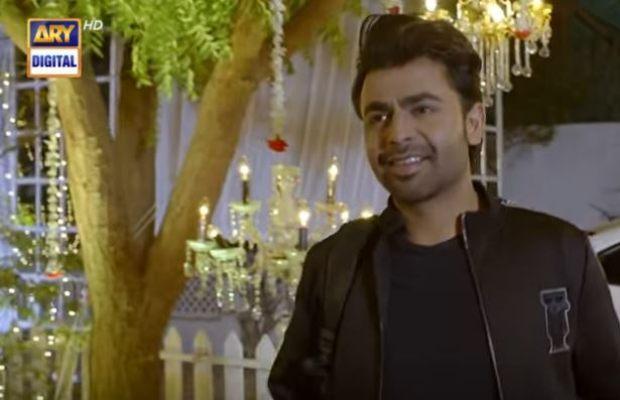 Mere Humsafar the drama serial airing at ARY Digital is one heartbreaking story to watch. Hania Aamir performance seems short in a few places and also her character has no agency and she is proving to be pathetically dumb. In the previous episode, Hala commits a blunder of sharing details about Khurram with Samreen. In this episode, Hala’s Taya is marrying her off to a middle-aged weird guy who works in his office. And finally, Farhan Saeed makes his entry into the drama!

Poor Hala commits a huge blunder of trusting Samreen and sharing her heart out to her but little she knows that Samreen is not as good as she is expecting her to be. Samreen cannot resist her mother forcing her and she shares Hala’s secret with her mother knowing how badly she will get treated by her family. Sofia shares this secret of Hala with Shahjahan.

The worst we should expect now from Shahjahan, she starts eavesdropping on Hala’s conversations with Khurram and it seems that she has something cooking in her head. Meanwhile, Hala’s Taya has fixed her wedding with his own office assistant Naveed who is a weirdo middle-aged guy indeed not a good match for Hala. On top of that Hala’s father has sent him 50 Lakhs for her wedding one wonders why he is not concerned about her daughter whom she is getting married to? Hala’s Taya is planning to spend only 50 Thousand on her wedding.

Hala is so pathetically dumb that she has told about Khurram to Shafaq in her house in presence of Khurram’s mother and Shafaq’s mother how dumb of her! how can she commit such a blunder? She gets a tight slap from Shafaq’s mother and she and Shafaq both get shocked by knowing that Khurram is fooling both of them. However, Shafaq and Khurram’s mothers are not ready to stand Hala anymore. They are throwing her out of the house when Khurram arrives.

Khurram is called by Shahjahan and that is one stupid scene where Shahjahan tells Khurram that Hala is a big-time liar and reality is actually different. Hala is lying with him about her all the time and she also tells him that she has fixed her wedding with her son Hamza, not Naveed. Khurram is so dumb that he believes her and when he finds Hala at her place he starts negating her calling her a liar. Poor Hala is so broken and she eventually agrees to marry Naveed. Well her engagement function is going when Hamza makes his entry.

Let us see how the story progresses and will see Hamza and Hala’s scenes together.

tweet
Share on FacebookShare on TwitterShare on PinterestShare on Reddit
Rameeza NasimFebruary 11, 2022
the authorRameeza Nasim
Rameeza Nasim, a Paralian, passionate about poetry, drama and fiction. By giving drama critiques I feel like I am endorsing the writer's message to the audiences, I love my job. Being a critic responsibility lies on my shoulders to point out the flaws and shortcomings of the play be it on writer's , performers or director's end . I did my Masters in English Literature and Linguistics .
All posts byRameeza Nasim