Hamza brings gifts for Hala along with other family 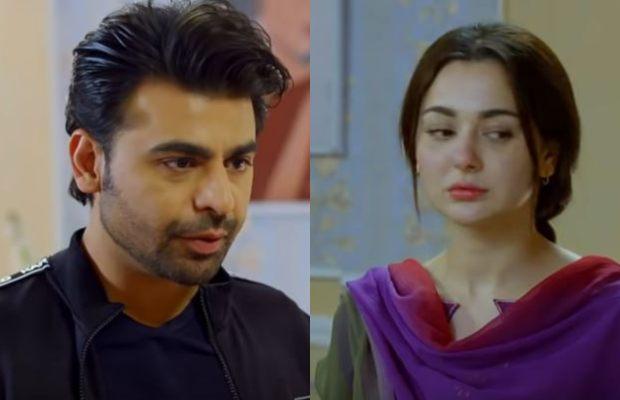 Mere Humsafar the drama serial airing at ARY Digital is a regressive watch. With so much regression, the entry of Hamza is a kind of a breath of fresh air. In the previous episode, Hamza has finally arrived at the scene. And in this latest episode, Hamza is somehow adding colors to such a depressive narrative of this play.

Hamza makes his entry when it seems that they are having a function of Hala as lights and flowers have been set but then there is no sign of the event? Hamza is treating everyone equally and it looks like he has a thing for Hala. He brought gifts for Hala along with other family members and also he insists she go with him for a family dinner.

Hala calls her friend Shafaq once again and she is trying to give her clarifications from her side well. Hala is quite thick-skinned after all that insult she still has the courage to call her friend. Shafaq’s mother is not letting Shafaq talk with Hala, but Shafaq is right in saying that it is Khurram who is fooling both of them so she says she does not want to see his face.

Khurram gets the treatment that he truly deserves it is true that he is the one who is fooling both the girls and he is the one who has betrayed his fiance. Shafaq’s father does the right thing he orders Khurram and his mother to leave the house as soon as possible as he cannot bear them anymore. Well, one feels really sorry for Khurram’s mother how she is suffering just because of his mean and flirt son. Well, I wonder why Khurram’s track is shown in detail he must be having significance in the upcoming story.

Hamza is watching that Hala behaves so weirdly. Despite his insisting she does not go with them for dinner. Well, Hala’s dadi is the biggest disappointment she should have taken a stand for her but it seems that money has silenced her as well. Hala is begging Daddi to call off her wedding when Hamza is hearing her conversation he tries to help her but Hala’s father has gone on vacation. Hamza tells her mother that he has never seen Samreen as his life partner and he does not want to think like that. All gifts given to Hala are snatched back by Shah Jahan. Well at one place Hala has gone quite out of her character when she is smiling weirdly at Samreen telling her that she is lying about Khurram why she has done she that?

tweet
Share on FacebookShare on TwitterShare on PinterestShare on Reddit
Rameeza NasimFebruary 19, 2022
the authorRameeza Nasim
Rameeza Nasim, a Paralian, passionate about poetry, drama and fiction. By giving drama critiques I feel like I am endorsing the writer's message to the audiences, I love my job. Being a critic responsibility lies on my shoulders to point out the flaws and shortcomings of the play be it on writer's , performers or director's end . I did my Masters in English Literature and Linguistics .
All posts byRameeza Nasim