Dabeer is about to get caught, Police has serious suspicion over him! 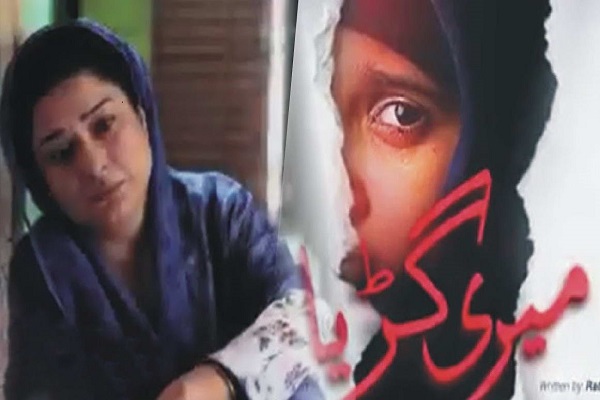 A crime thriller series, which is also raising numerous societal issues, including the child abuse, Meri Guriya has on-aired its double episodes 19 and 20 last night. The story has taken major turns and it seems like the  story is moving towards its climax. Meri Guriya is a perfect blend of crime thriller plus an issue raising and awareness serial, as the crime sequences are in perfect order and for that the credit goes to the writer Radain Shah and to the director Ali Hassan for its brilliant execution.

The episode begins when Shehnaz and Safeena were discussing  about Dabeer, Shehnaz tell her about what the girls told her regarding Dabeer’s inappropriate behavior.  Safeena confirms it by saying that she has also witnessed his strange attitude but they both relate it for Dabeer being innocent and shuns that what they are going in their minds but Safeena appreciates that she has raised her girls very well that they share everything with her. Then there is an event which feeds Safeena’s suspicion is that the dumb girl whose wedding is fixed with Shahmeer is reacting very strongly when she visits her place and she also see Dabeer trying to hide.

Well it is also shown through this drama that when Police is honest and want to deliver, things can fall into the right way. Safeena and Shehnaz carry the protest proceedings and Safeena gets a shot, but luckily she is saved. Police immediately take action and arrests the person who fires the bullet. Fortunately Safeena and Shehna ‘s struggle becomes fruitful when Chief Justice takes personal notice of the case and orders DNA testing of all the people of that particular area. Well, this order has given Dabeer sleepless nights and he is sure that this time he won’t be saved.

One thing that may seemsstrange and unrealistic is that Samreen is missing and her parents are not showing any concern at all? Only Yawar is following the case. Well the SHO has discussed his suspicion towards Dabeer by telling Yawar  that her sister’s phone last location was far away from what Dabeer is telling and also that Dabeer’s phone location has shown numerous times near the location of Samreen’s phone last location. Well, on the other side Jahan Ara being a desperate spinster tells everyone how Dabeer has betrayed him and she tells Shehnaz that Dabeer used to come to their place at night and that he has intoxicated the family the night when Shahmeer and Shehnaz  went to the shrine. This clicks Shehnaz to the flashback when she saw Abida is lying on the floor in front of the main door.

Shehnaaz and Safeena discusses more on this with Jahan Ara and her explanation is adding more to their suspicion but they are waiting for right time. Dabeer is dying out of fear to go for DNA testing but Yawar forcefully gets him tested. Meantime to confirm her suspicion Safeena goes to that dumb girl’s place and despite her mother’s unwillingness she shows  Dabeer’s pic to her, on which she strongly reacted and she confirms that he is the one.

Safeena is shattered with this realization that she is actually living with the monster. She coincidentally sees Dabeer going on a bike she follows him in her rickshaw and finally reaches to the place where Samreen is kept. Safeena stabs a log on his head and releases Samreen.

tweet
Share on FacebookShare on TwitterShare on PinterestShare on Reddit
Rameeza NasimSeptember 13, 2018
the authorRameeza Nasim
Rameeza Nasim, a Paralian, passionate about poetry, drama and fiction. By giving drama critiques I feel like I am endorsing the writer's message to the audiences, I love my job. Being a critic responsibility lies on my shoulders to point out the flaws and shortcomings of the play be it on writer's , performers or director's end . I did my Masters in English Literature and Linguistics .
All posts byRameeza Nasim