Shahaan is trying hard to create the balance 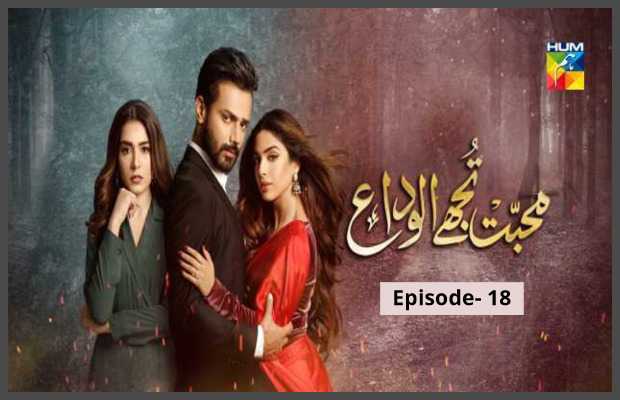 The new episode of Hum TV’s Mohabbat Tujhe Alvida the drama serial is full of fiery scenes. In this episode Shafaq is showing her true colors, she is no more being a timid girl who has been silently enduring what ever Ulfaat said to her. Shafaq is not a positive character. Performances were amazing in this episode particularly by the lead cast including Ulfaat (Sonya Hussyn), Shahaan (Zahid Ahmed), and Shafaq (Mansha Pasha.

In the previous episode, we have seen that Shahaan has shown his inclination towards Shafaq and fails to create the balance. In this episode he tries to cover this up and he also realizes his mistake. He says sorry to Ulfaat and asks her to go on a dinner date with him. Well, it seems so stupid that his colleague friend advised him to take both for dinner and on top of it Shahaan thinks that it is a great idea! it is Shafaq who tells him that no it will offend Ulfaat.

Shafaq is now showing her true colors. Ulfaat is getting short of money now so she demands her rest of the amount but Shafaq tells her that she will give when she will have that much amount, she is clearly in no mood to give her more money. Ulfaat is losing her mind, she calls Shafaq’s father and tells him that Shafaq has to give her money. Shafaq gets worried. She is getting mad at Ulfaat. She covers that money thing in front of her dad by lying about it

Shafaq behaves bad with Ulfaat the way she treats her, she straightforwardly tells her that she will give her the money when she will have that much amount, she has to show some patience as she has no choice. Shafaq is grabbing and twisting Ulfaat’s hand very tightly and threatening her that if Shahaan will get to know that she has sold him for money all his love for her going to vanish as he is not going to forgive Ulfaat.

Shafaq is so cunning that in front of Shahaan, she is creating an image that she is being so caring and loving towards Ulfaat but in reality she is planning to demonize Ulfaat in front of Shahaan so that he will eventually leave her. Ulfaat is not realizing that her anger and being emotional is making her position weak in her house. Shahaan and Ulfaat go on a dinner date where Shahaan is continuously telling Ulfaat that he is missing the old Ulfaat who use to do saving while ordering from the menu, the one who takes selfies all the time and when Shahaan initiates to take a selfie with her she tries to avoid it.

tweet
Share on FacebookShare on TwitterShare on PinterestShare on Reddit
Rameeza NasimOctober 15, 2020
the authorRameeza Nasim
Rameeza Nasim, a Paralian, passionate about poetry, drama and fiction. By giving drama critiques I feel like I am endorsing the writer's message to the audiences, I love my job. Being a critic responsibility lies on my shoulders to point out the flaws and shortcomings of the play be it on writer's , performers or director's end . I did my Masters in English Literature and Linguistics .
All posts byRameeza Nasim