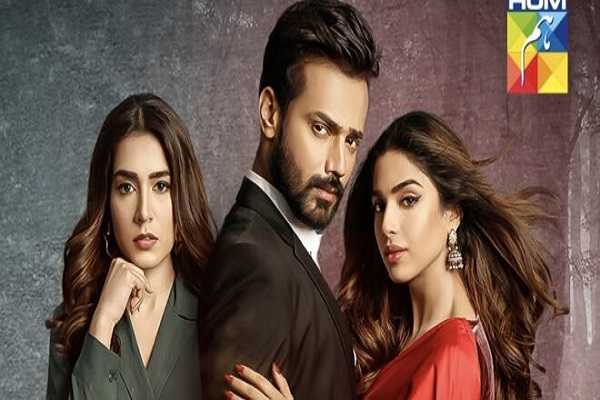 Muhabbat Tujay Alvida the newly started drama serial at HUM TV is replacing the super hit drama serial Yeh Dil Mera. Starring Sonya Hussyn, Zahid Ahmed, and Mansha Pasha in the leading roles. The play is written by Abdul Khaliq Khan and it is directed by Barkat Sidiqi. The first episode although with loads of overacting by Soniya Hassan has been a very entertaining one and we look forward to watching its next episode.

The episode begins with Ulfat played by Sonya Hassan dreaming herself as a super-rich lady. This is a character whose mind revolves around materialism but apparently she is shown miser too. The play is also highlighting the money science as well, which says that in order to receive greater money you need to become a good spender, saving does not lead to massive money-making as money should always be in circulation, so massive money and abundance comes to those who show gratitude and spend their money generously. Sonya lacks both of these qualities she is not acknowledging the fact that she is living a blessed life which is envied by many.

Shaan, Ulfaat’s husband seems to be so far the best thing about this play, he is very entertaining in the first episode. Zahid Ahmed very conveniently is playing the role of a guy who loves his wife and son, and all he wants is to make them happy. He generally cares for nobody and has his own set of rules. The way he carelessly and up to an extend quite rudely treats a young and beautiful lady telling her to leave showing his carefree nature.

Well we simply love Zahid Ahmed all scenes with Mansha Pasha, they are hilarious and it seems that this carefree guy has already created a place in his boss lady’s heart especially when he tells her that he has emailed her his resignation letter and also requests her not to terminate him. Later then he is flaunting in front of her colleagues that he has not apologized or made any request to her, for him his principles are most important not realizing that his boss is hearing all his conversation.

This episode apart from Zahid Ahmed and Mansha Pasha’s scenes is loaded with Sonya Hassan’s overacting it seems like it is a deliberate attempt from the actor’s behalf to amplify Ulfaat’s restlessness and her passionate desire to become rich. It is a popular opinion that this play is Bollywood’s film Judaee’s copy. Well, let us see if it’s true or not. Despite so much overacting, I find this episode very entertaining and I am looking forward to watch the next episode. So it seems to be a beginning of an interesting love trio.