A bit over the top episode 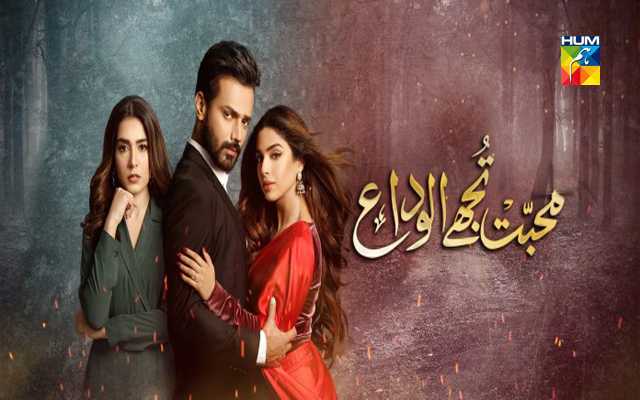 HUM TV’s drama serial which is so much hyped to be a Bollywood Rip off, Muhabbat Tujhay Alvida,  is turning to be an interesting watch, as the story is very artfully weaved. Well, to give a more precise review I have rewatched the 90’s classic Judaee and to be honest, this play is not a copy, it seems that the story is inspired by that flick. However, in terms of story weaving, this play is a better version. Sonya Hussyn, Zahid Ahmed, and Mansha Pasha’s performances are on point.

The episode begins when Shahaan is on his coffee date with Shafaq and right there he gets a call from Ulfaat that his mother has fainted and now she has taken her to the hospital where the doctors have suggested her an open heart surgery. Poor Shahaan has no choice but to ask Shafaq for help as he has no other option and his friend insists him to seek her help. Shafaq gives him her credit card to spend as much amount as he wants.

Well, this time Shafaq saves Shahaan’s mother’s life like in the previous episode Shahaan saves Shafaq’s father’s life. With the turn of events, Shahaan is genuinely grateful to his lady boss who has given him 15 lacs for his mother’s treatment. He now he cannot be rude with to her anymore nor will be able to decline to whatever she says. This act of kindness by Shafaq has shackled poor Shahaan.

The very next day Shafaq arrives in her car at Shahaan’s house to meet his mother, well here the episode seems a bit over the top like its not 90s when people get fascinated or get crowded around big cars. Its 2020 and still it is shown as the whole neighborhood of Ulfaat is drooling over her car and kids are circling over the car. I mean Ulfaat’s neighborhood is not a slum area. But Ulfaat’s house interiors suggest to be very well to do household, it certainly does not represent Ulfaat and Shahaan’s class, the elegantly wallpapered walls, the furniture everything is so tasteful.

Ulfaat’s reaction to Shafaq’s sudden arrival is so relatable. Shafaq has arrived with lots of gifts for Ulfaat’s son and also for Shahaan’s mother. The part of Shafaq’s visit scenes and Ulfaat’s stupid reactions are very entertaining. Shafaq offers Ulfaat a hand of friendship and she herself attempts to be close with her. Ulfaat is on the ninth cloud. She is already dreaming to have Shafaq’s lifestyle. Well, we are wondering where this kind of friendship will lead to? Will Shafaq knowing that Shahaan is a happily married man still go after him?