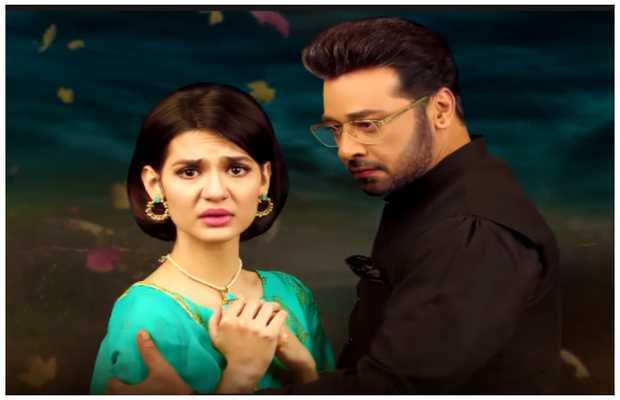 Muqaddar the drama serial running at GEO Entertainment has a pretty interesting story however after 25 episodes it seems to be a bit dragged. Performances are on point, particularly it is a treat to watch Faysal Quershi’s portrayal as Sardar Saif. After the 25th episode. it is still not evident that Raima has become a victim of Stockholm syndrome. She has some feelings for Sardar Saif but it seems that something is cooking in her head. She demands Sardar Saif to disclose their wedding.

Raima is still on the same page, her heart has not changed nor her feelings have inclined drastically towards Sardar Saif. However in one of the scenes where she is talking with Tabaan, she hints that something is cooking in her head, she is planning something to try her luck. However, what is this no one knows. She demands Sardar Saif to disclose their wedding and she says that she has no issue in living with his family at Saif House.

Maha’s family is shifted to Saudia Arabia and she is upset about that. She expresses her frustration on Haris’s mother telling her that she cannot make food for her nor she can take care of the house but it looks so weird that Haris’s mother cannot make food for her own self, she starves for two days and fells ill. Haris snubs her wife for not taking care of her mother and then Maha starts feeling bad and ashamed on her behavior she apologizes and makes sure that she eats well.

Abeerah and Saad are getting close, Saad is such a gem of a person that despite Abeerah’s bad behavior and past he accepts her whole heartily. Sardar Saif calls Saad and shares with him that Raima wants to live in Saif House and also that he wants her to live in his family house as she is his wife, he is ready to declare his wedding to his family as he says that he cannot say no to his beloved wife. He asks Saad to impart the news of his second marriage to his Tayee Ammi.

Saad is so worried and confused that how he is going to share this news with his Tayee Ammi but when her Tayee Ammi says that she already knows about Sardar Saif’s second marriage, Saad is startled to see his Tayee’s greatness but when Saad tells her that Sardar Saif wants to bring his second wife in this house his Tayee says that she will never let him do that! When Saad tells about her reply to Sardar Saif he gets extremely furious, he says that he is going to bring Raima to his house.

tweet
Share on FacebookShare on TwitterShare on PinterestShare on Reddit
Rameeza NasimAugust 4, 2020
the authorRameeza Nasim
Rameeza Nasim, a Paralian, passionate about poetry, drama and fiction. By giving drama critiques I feel like I am endorsing the writer's message to the audiences, I love my job. Being a critic responsibility lies on my shoulders to point out the flaws and shortcomings of the play be it on writer's , performers or director's end . I did my Masters in English Literature and Linguistics .
All posts byRameeza Nasim