Sardar Saif introduces Raima to Abeerah as her younger mother 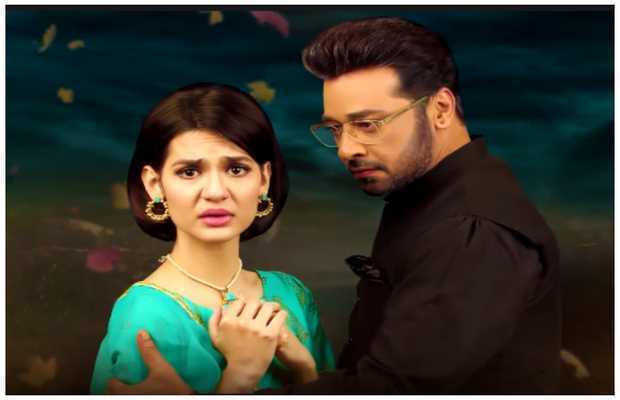 Muqaddar, airing at GEO Entertainment, drama serial which seems to revolve Stockholm Syndrome is 26 Episodes down and it seems that Raima (Madiha Imam) has not yet become a victim of Stockholm Syndrome. Her heart is not changed but yes she has realized that now for her own survival in society it is necessary that she gets the title of Begum Sarkar and lives with him in Saif House which is not actually making any sense she is so smoothly living her life in her own house why she feels the need to live in Saif’s house? Madiha Imam’s performance was impeccable, Faysal Quereshi’s power-packed performance is always a treat to watch but here I would like to appreciate Haroon Shahid for his charming screen appearance in this play, his best work so far.

The episode begins when Haris’s mother gets ill and she dies at the hospital. Well on her death it seems so weird and absurd that Raima demands to go to Saif’s house instead of going to the funeral? I feel like here it is a time-lapse error and execution flaw that Raima instead of telling her husband to take her to her Mumani’s funeral asks her to take him to Saif’s house? Why she is insisting to go there, it is not making any sense? Raima should have the idea that there is going to be fierce opposition from Saif’s first wife and daughter so why she choose this grieved moment to spend at Saif House rather than going to her Mamu’s place for her Mumaani’s funeral.

Well, I feel the time-lapse and execution flaw here when in another scene we have seen Raima is recalling that when she goes at the funeral but Haris is not letting her attend the funeral. However she in the previous scenes, herself have demanded Sardar Saif to take her to Saif House instead of taking her to the funeral. Raima is thinking that this might not be her permanent house, but what is cooking in her head, it is not cleared. It seems that she is a bit swayed by Sardar Saif’s power and money instead of falling in love with him.

Sardar Saif brings Raima to his house and introduces her to his daughter as her younger mother. Abeerah gets the shock of her life but moreover, she is worried about her mother who gets collapsed on seeing her husband giving Raima her place. Raima should have felt guilty over her coming to their place and disturbing them but there is no such sign. Saad says that he is going to support her Tayee and Abeerah and says that Taya Jaan has wronged his Tayee.