Raima is confronting Saif's wife like a typical Sotan 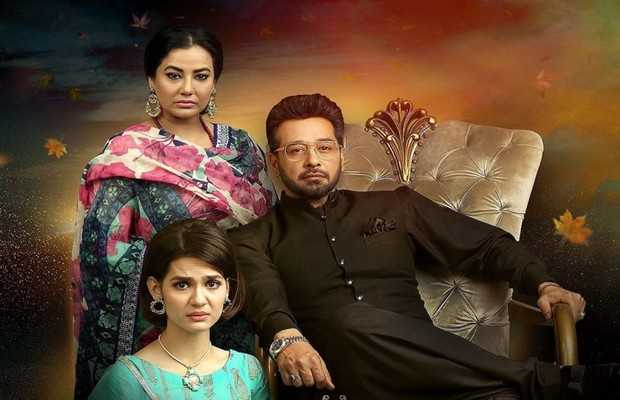 Drama serial Muqaddar airing at GEO Entertainment after 29  episodes seems to be a bit dragged. Raima has not yet become a victim of Stockholm Syndrome but worst than that she has turned into a typical Sotan, she so proudly flaunts her rank in front of Sardar Saif’s wife crushing her pride and feelings. Faysal Qureshi’s portrayal as Sardar Saif is a real treat to watch. The important development in this episode is that Sardar Saif’s wife wants to kill Raima!

The episode begins when Sardar Saif’s wife (Aisha Gul) has fully realized her place and her fallen rank when Raima so conveniently insults her back when she tries to teach her a lesson. Her pride is shattered into pieces. Raima is just being a typical Sotan, its something which is not going well with her character, never ever she has felt any kind of shame and embarrassment when she is flaunting herself as Begum Sarkar in front of Abeerah (Sabeena Farooq) and Sardar Saif’s wife.

Sardar Saif’s wife is as vile as Sardar Saif himself, we have seen a glimpse of her negative character when she tries to fix Hassan (Haris Waheed) and Abeerah’s matter, how heartlessly she has ruined Hassan’s career and reputation just because she wants him to stay away from Abeerah. So now when it is the matter of her husband so how can she shy away in causing any harm to Raima. She tries to vilify her character but Saad intervenes and says that her character is spotless, later he gets badly snubbed by his Tayee Ammi for siding with Raima.

Sardar Saif’s wife even tries to make a scandal of Saad with Raima but Saad (Haroon Shahid) has not let that happen. Raima falls ill, she is having high temperature when Saad sees her, he is extremely worried for her. Sardar Saif’s first wife is so cruel that she is not letting Saad call a doctor and when Saad secretly tells the cook to make a soup for Raima, Sardar Saif’s wife tries to poison that soup! Saad sees Tayee Ammi putting poison in the soup that is how Raima is saved.