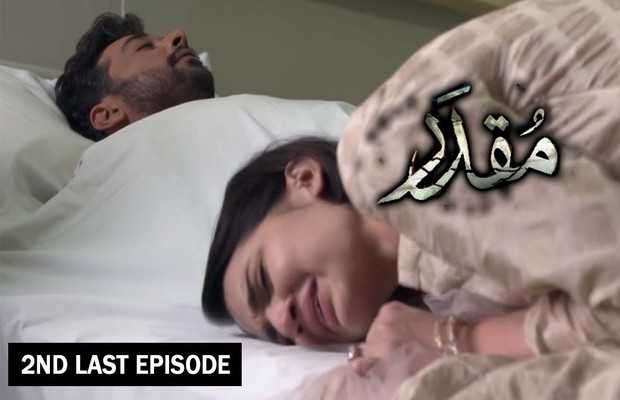 GEO Entertainment drama serial Muqaddar is heading towards its conclusion. In the last episode, we have seen that Sardar Saif has been glorified as a hero with his death. His death has shattered Raima and Abeerah but it has badly hit Farkhunda Begum as she gets an attack of brain hemorrhage which results in her getting partially paralyzed. Performances are brilliant as usual.

Sardar Saif dies and his death has devastated everyone including Farkhanda Begum. It seems that Abeerah has lost her mind for time being she is not ready to accept that her father has died but when her mind accepts this reality, she calls her mother and imparts this breaking news to her and bombards her with her never-ending taunts which result in Farkhanda Begum fainting.

Farkhanda Begum gets partially paralyzed and she loses the power of speaking and walking. It is shown that Raima has a gem of a heart she herself takes the best care of her. Well, Abeerah is not yet ready to forgive her mother, even her physical disability fails to melt Abeerah’s heart for her mother. She is hating her mother and she is not shying out to accept in front of people that her mother is an evil person and it is Raima who has a golden heart.

Raima’s world has turned upside down with the untimely death of Sardar Saif, she has started loving him as her husband and with bearing his child, she feels more attached to him. Well, one of the most important points is that with whom Raima is going to get along with? Saad? or Haris? She cannot marry Saad as he is already engaged with Abeerah and Haris is also  married so what will possibly going to be Raima’s end? Farkhanda Begum has been punished for her sins. Will Farkhanda’s brother who has planned the attack going to be punished too?

Police call Abeerah and Raima for investigation, Raima tells Police that Sardar Saif has seen the murderers and she also tells them that the attack was meant for her but Sardar Saif saved her life by taking bullets on him. Abeerah does not say anything which is quite surprising as she knows that her mother and her Mamu are behind all this. She has not uttered a single word in front of the Police. Will Sardar Saif murderers be punished? Will Raima be able to forgive Sardar Saif’s murderers? We have to wait for the last episode to see how it will get concluded. 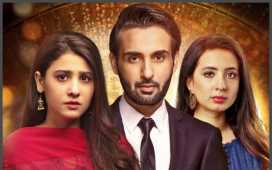