Is she a vamp or a hero? We are unable to decide 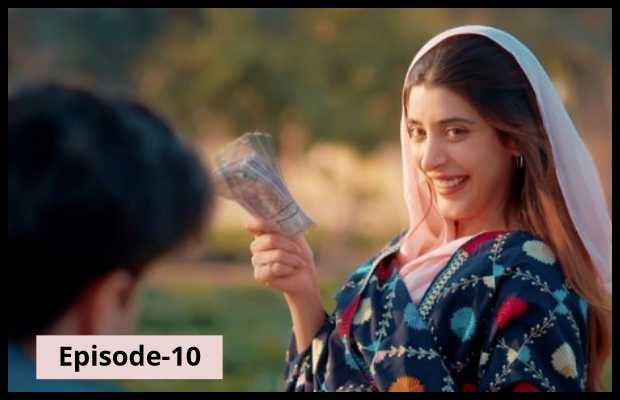 Hum TV’s drama serial Mushk’s episode 10 came out two days ago and we are still scratching our heads deciding whether we should be hailing Guddi (Urwa Hocane) as a hero for perfectly bringing down tayi’s arrogance or call her a vamp for sabotaging Mehak’s (Moomal Sheikh) the whole family. Albeit that we haven’t been able to come to a conclusion, we thought to let you decide for yourself.

This week Adam (Imran Ashraf) came and got engaged to Mehak, and that was that. A simple methodological move to save Mehak from any future trouble till Shayan (Osama Tahir) comes to find his wife. On the other end, as tayi is making her daughter Roshni marry a guy of her choice, Guddi sets the plot for her vengeance and Roshni’s escape on the wedding day.

She tactfully brings in Saqib (Raza Talish) to Roshni and takes both a monetary benefit and pleasure of reuniting two lovers. As Roshni elopes with Saqib, Guddi now looks forward to see tayi’s embarrassed face. On the other side she’s also looking out for taya (Hassan Ahmed) who is being slow poisoned by his wife. That’s the next step she’s intending to take and further sabotage tayi’s plans of acquiring wealth and finding the love of Dr. Rana (Raja Haider).

All in all, Guddi shined this week and for viewers provided more than a few opportunities to laud her cunning and courageous personality. In essence, Urwa was not only convincing as Guddi but also a breath of fresh air in contrast to Mehak whose somberness has somewhat become boring and off-putting.

While it’s all an eventful affair at Mehak’s end, Imran Ashraf’s pen has still kept things at a snail pace for Shayan who has fallen sick in Muqadar Khan’s (Aehsun Talish) haveli. With no way to escape, Shayan gets treatment at home and awaits an opportunity which teasers show, may represent itself next week.