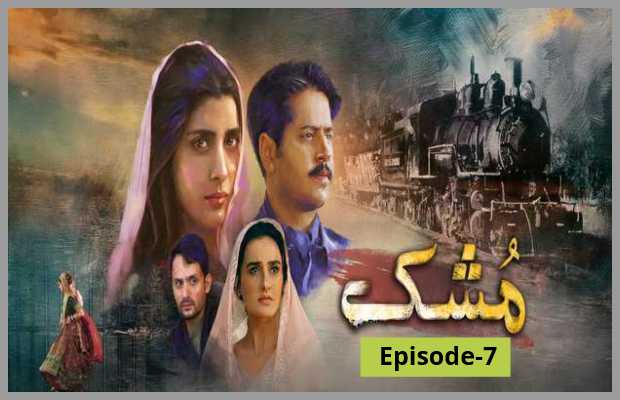 With every passing week, Imran Ashraf’s command on the script and Aehsun Talish’s directorial is making Mushk a worthwhile choice on TV and as the drama shifted from Monday prime time to Saturday prime time, we made sure not to miss it. This week the story mostly flew in continuation of last week but one last bit came as a twist and the biggest question of Adam’s life, posed by dada jan.

As Shayan (Osama Tahir) agreed to marry Muqadar Khan’s (Aehsun Talish) daughter, he continued to scheme for his escape and reach his wife Mehak (Moomal Sheikh).

Mehak on the other hand is still at her destiny’s mercy as her tayi while having an affair with Dr. Rana (Raja Haider) is onto the task of spoiling her life to protect her daughter Roshni’s affair. All the while tayi double-crosses her own daughter as she is the premise of setting her marriage, offers Saqib to leave town at the cost of a million rupees.

Guddi (Urwa Hocane) is however determined to change her destiny and avenge Mehak’s tayi with all her might. One of the tasks she takes upon is to create a rift between the mother and daughter.

Oblivious to a lot of truths around him, dada jan approaches Adam towards the end and asks him to marry Mehak. Adam who has been in love with Mehak and respects dada jan, is perplexed as he can neither say yes nor a no.

Needless to say, we are excitedly waiting for the next episode of Mushk to further make things interesting.