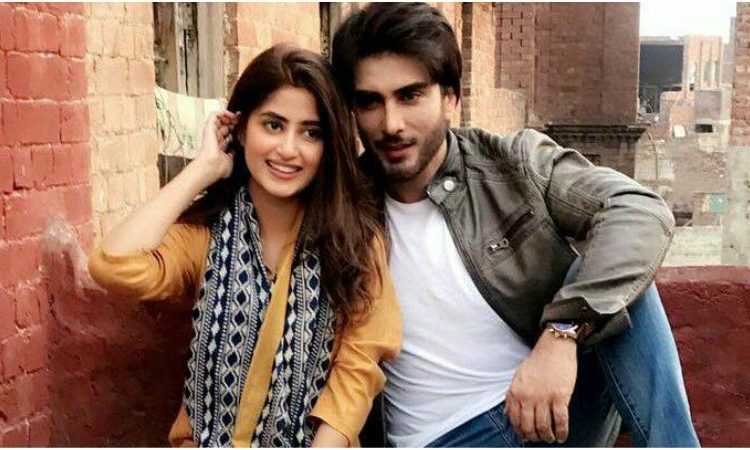 The much anticipated drama serial Noor ul Ain finallyaired this Saturday and instantly made us fall in love with the story and its character. We had already been anticipating the drama owing to its mega star cast and its melodious OST, but after having seen the first episode, we believe those are just a cherry on top of a delicious cake. Noor ul Ain, has hit it high with an amazing first episode.

Sajal Aly and Imran Abbas sizzle onscreen, and even though they’re sharing screen space for the first time, they look like a made for each other couple.

Noor ul Ain kicked off with Noor’s mother getting worried as it was late at night and Noor had not come home. The following scene was one of our favorite; it showed how Kizhar’s car hit Noor’s car. And although it was all Noor’s fault, she stood with her head held high, blaming it all on Khizar. Khizar seems innocent and he agreed to bear all the expense for the damage. He also offered Noor his car, because her’s wouldn’t start. To everyone’s surprise, Noor reached home in a luxury car, something the family cannot actually afford.

Noor’s is a typical middle class household, managing to make ends meet. Noor’s chachi is being played by Iffat Omer, she also has a bed ridden uncle and her father, Irfan Khoosat. On the other hand, Khizer’s household is affluent, his mother dominating and very posh.

Khizer visits Noor to return her car and is welcomed warmly by her family. They approve of him as the perfect boy. Khizer later asks Noor to meet him for coffee because he wants to return her journal and Noor agrees reluctantly, albeit her chachi encouraging her that she is a well educated, smart girl, who can handle situations well.

The episode ends on a surprising but cute note. Khizer proposes Noor in a rather casual way, and Noor is quick to decline, although she isn’t herself sure about the refusal. The bond she shares with her chachi enables her to discuss the proposal with her, to which chachi replies how she saw nothing wrong in it because Khizer seems a perfect guy to her. The episode ended when Noor receives a friend request from Khizer, and having received a pep talk from her chachi, she might just accept it.

All in all, the first episode of Noor ul Ain managed to hook us right from the word go. It was not only engaging but high on emotions as well. The cute story has attracted us and we want more of it right away. The high points of the first episode are the drama’s engaging start, perfect acting and to the point direction by the maestro Sarmad Khoosat. This one seems like another masterpiece with little drama but a story that can be very relatable. Imran Abbas and Sajal Aly have managed to win our attentions all over again and perhaps, this new pairing is going to break Asifya’s (Asfanyar and Zubia’s) record and become the new IT couple!