This episode revolved around revenge, betryal, and Sassi's realization of what she has lost 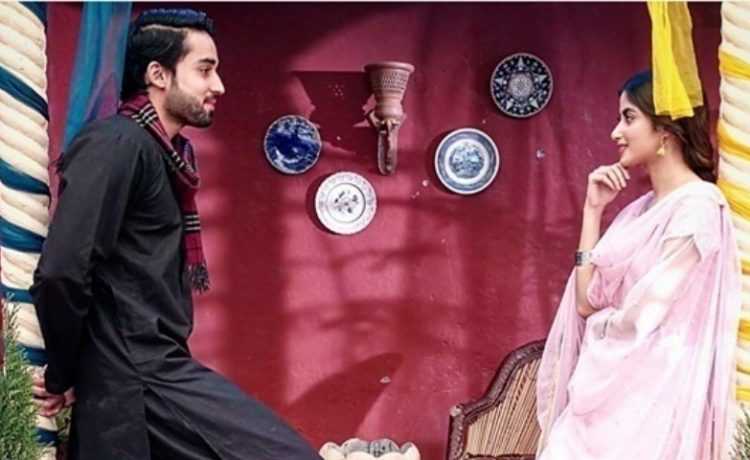 The latest episode of this much loved  play O Rangreza aired yesterday and held the audience in its grip just like it has been doing . The latest episode of O Rangreza was an intense ride focusing on Sassi and her coming to terms with what she had lost. Sajal Aly’s portrayal of Sassi, the not so innocent, yet naïve enough to trust Wajih, was done to perfection this week, especially the highlight of the episode, where she turned around and slapped him for good.

O Rangreza has a brilliant script, penned down by none other than Saji Gul, who has a knack for bringing stories to life with his words. Each and every character in the play has been scripted to perfection, their weaknesses and strengths so relatable to real life that one is immediately able to relate with the characters on screen.

Direction by Kashif Nisar is a cherry on top, because he makes sure, each scene comes out at perfect in frame as it can. You will not find anything dragged when it comes to O Rangreza; moreover you find  Sana Fukher and Omair Rana delivering amazing performances at par with the likes of Noman Ejaz, Sajal Aly and Isra Ghazal

The highlight of this week had to be Wajih banging on Sassi’s door in a drunken state. Sassi was scared but she didn’t let it show and when Wajid apologized in the morning, she was naïve enough to let it go. However, while Wajih apologizes, he puts his arm around Sassi, and that’s when she hears someone clicking a picture, however, Wajih doesn’t bother and so Sassi lets it go as well.

On the other hand Khayyam wants Sassi to come back home, on which she asks him to bring Sonia Jehan to her film’s premiere as a condition.

Surprisingly Khayaam Saani brings Sonia Jahan on the premiere but Wajih shows his true colors. His hate bubbles beneath the surface and he asks Sassi to slap her father and insult him in front of the whole audience. However, its where Sassi gets a realization check and instead of doing as she is told, she turns around and slaps Wajih across the face.

Wajih has taken the insult to his heart. He goes on to calling Sassi names while he is drunk. Qasim intervenes and this is where he shows him the pictures of Sassi, clicked with Wajih in an intimate pose. He also threatens Qasim that he will make the pictures public, disgracing Sassi for good.

Qasim is angered and very furious. He rushes over to Sassi and shouts for good; letting her know she has lost him forever. Bilal Abbas Khan in these particular intense scenes was picture perfect. The moments showed his hurt and his anger shining clearly on his face, something which only a good actor is capable of portraying.

The scene that followed, is what we believe to be Sajal’s best performance so far. This is where Sassi realizes she has lost Qasim for good and that she had loved him somewhere in her heart. Sassi’s heart wrenching and soul shaking cries expressed her pain at the  betrayal and loss. The best part was the fact that these cries were not because she had disappointed Wajih or because she was ashamed at the pictures but because she felt she had lost Qasim forever.

Even Qasim couldn’t control himself to help Sassi but its his wife who stops him and tells him Sassi should be strong enough to handle her troubles on her own.  Whether Sassi becomes able to handle herself or not, whether Wajih does as he threatened and will Qasim ever come back to Sassi? To find answers to all these questions, watch the next episode of O Rangreza, only on Hum TV, next Friday at 8pm.

tweet
Share on FacebookShare on TwitterShare on PinterestShare on Reddit
Rameeza NasimFebruary 3, 2018
the authorRameeza Nasim
Rameeza Nasim, a Paralian, passionate about poetry, drama and fiction. By giving drama critiques I feel like I am endorsing the writer's message to the audiences, I love my job. Being a critic responsibility lies on my shoulders to point out the flaws and shortcomings of the play be it on writer's , performers or director's end . I did my Masters in English Literature and Linguistics .
All posts byRameeza Nasim