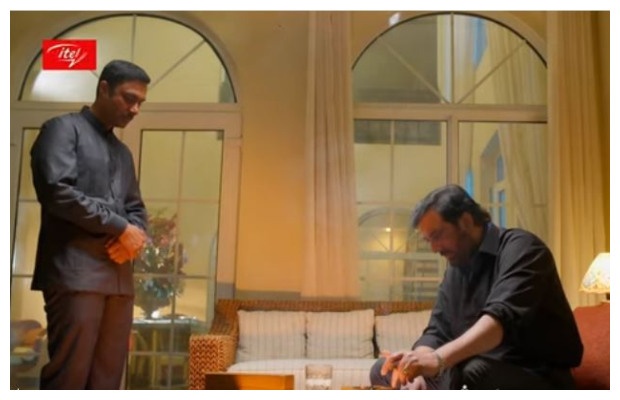 Parizaad the drama serial airing on HUM TV is a watch we all wait for the whole week. Excellent production quality, brilliant direction, and incredible performances are what make this serial a masterpiece. In the previous episode, we have seen that Behroze Karim hires Parizaad as his domestic staff. In this episode, it is shown that Parizaad kind of betrays Beroze’s order by being a party with his wife in her plans.

Parizaad is being a loyal employee as well as he has an ambitious side too. Still, Lubna’s mother’s dialogues echo in his head that a man worth is in the money he makes. The classy thing about Parizaad is that his ambition has not overshadowed his soft and good side, he still has a very caring and kind heart. He helps Janu so that he can get engaged with his love.

Parizaad is on duty keeping an eye on his lady when Behroze’s wife tries to open up with him by sharing her feelings with him. She tells him that she has forcefully been married into this marriage and moreover, she is living in a prison just like him. She says that marriage is just like a priosn  while he is too like her imprisoned in his dreams and ambitions.

Behroze’s wife moreover tells Parizaad that Behroze has restricted her not to meet any of her relatives. She says that she has an ailing Khala who she cannot meet because of Behroze’s restrictions. Well, why it seems that Behroze’s wife is pretending this and fabricating a story just to trap poor Parizaad or just to make her way out. Why it seems that she is lying about Khala when in reality she is meeting someone else and have a secret agenda too. It seems like she is some agent who is anti-Behroze.

Well, Parizaad has betrayed his masters by not following his orders completely and by being a party to Behroze’s wife. Well, surprisingly Parizaad is not helping her for money despite her offering him a very hefty amount. Parizaad does that out of his heart and not for money so he does not accepts the money she gives him as a reward. Parizaad is feeling guilty for not following his master’s orders completely he tells Behroze’s wife that he will nor help her further as he is already being under the burden of heavy guilt. However, it seems that poor Parizaad is trapped.

tweet
Share on FacebookShare on TwitterShare on PinterestShare on Reddit
Rameeza NasimSeptember 29, 2021
the authorRameeza Nasim
Rameeza Nasim, a Paralian, passionate about poetry, drama and fiction. By giving drama critiques I feel like I am endorsing the writer's message to the audiences, I love my job. Being a critic responsibility lies on my shoulders to point out the flaws and shortcomings of the play be it on writer's , performers or director's end . I did my Masters in English Literature and Linguistics .
All posts byRameeza Nasim