Guru wants to reunite Bubbly to her family 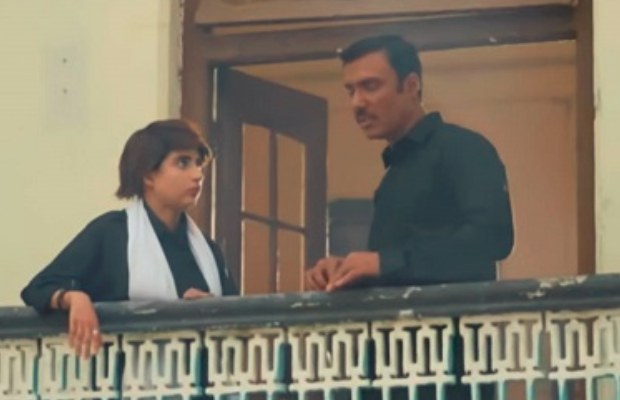 Parizaad the masterpiece in the running is the best serial airing on Hum TV. With Ahmed Ali Akbar’s phenomenal performance, the story of the play unfolds very beautifully. In the previous episode we have seen that Parizaad enters into the world of Guru which is full of transgenders and in this episode  it is shown that police is searching for Parizaad.

The episode begins when Parizaad asking  Guru that why he has made Bubbly Dilawar why he has lead an innocent girl to live like that far from her family. Guru tells him that he has tried a lot to send Bubbly back to her family but she does not want that. Guru has somehow moved with what Parizaad has said to him, he is now worrying for Dilawar’s future what will happen to her after he dies.

Police inspector Badar Munir comes to know that Behroze Karim is involved in the ambassador’s son murder case so she really want to investigate the matter but she clearly knows that there is a lot of risk involved with it. She cannot simply get to him but despite of all odds Badar Munir goes at Behroze’s office for investigation in uniform where Feroze meets her and shoos her away with providing some fake evidences.

Feroze tries to alarm Behroze about this matter but he does not pay any heed.  This time Badar Munir takes a huge leap she comes to Behroze Karim’s house in uniform. Feroze is throwing her out when Behroze enters into the scene and he tries to be extremely polite and nice with her, appreciating her for her courage. Badar asks for his wife when he says that she is out of country she asks for the flight details and all on which she gets a call from her IG ordering her to back off.

Well Badar Munir gets lots of snubbing from her superiors, he is even targeted to  gender shaming that being a lady police she is not competent enough. Badar Munir has made up her mind that no matter what happen she will stick to this case and will nip the bud out of it.  Badar Munir get to know about Parizaad as a part of the squad, she orders to get  him as soon as possible. Parizaad  wants Bubbly’s parents to unite with her, he is searching for them and he get to know about them through Shoki that they are now living in Karachi. Parizaad despite of Guru not wanting him to go goes to search for them when his jeep gets in the middle of a place where all vehicles are being inspected by Police. Will Police going to catch Parizaad?

tweet
Share on FacebookShare on TwitterShare on PinterestShare on Reddit
Rameeza NasimOctober 20, 2021
the authorRameeza Nasim
Rameeza Nasim, a Paralian, passionate about poetry, drama and fiction. By giving drama critiques I feel like I am endorsing the writer's message to the audiences, I love my job. Being a critic responsibility lies on my shoulders to point out the flaws and shortcomings of the play be it on writer's , performers or director's end . I did my Masters in English Literature and Linguistics .
All posts byRameeza Nasim