A powerful and heart touching episode it was! 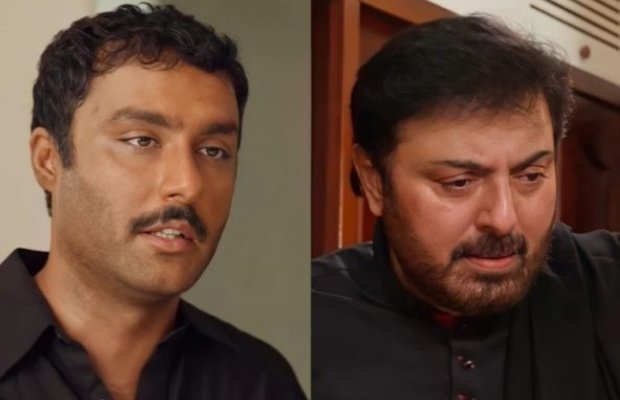 This episode of Parizaad, one of HUM TV’s best drama serial in the running is quite powerful and heart touching. In the previous episode we have seen that Police reaches to Behroze Karim’s house and there they find Parizaad too. In this episode Parizaad tries to save his master by taking all the blame of murder on himself but Police still get back to Behroze Karim to which he cannot stand and takes his own life. The chapter of Behroze Karim ends in this episode.

The episode begins when Police have captured Parizaad and they are torturing him badly. Our heart goes out for the poor Parizaad he did a huge blunder to leave his university studies in the middle and ends up in this world of crime. Despite of facing this worst torture, Parizaad does not utter a single word against his master.

Behroze Karim also is eager to release Parizaad as soon as possible. He hires a big lawyer for him but Parizaad in front of that lawyer records his statement where he takes all the blame on himself and saves his master. He says that he has himself killed Laila Saba and her lover in order to take revenge for the insult he used to face by her.

Badar Munir knows that Parizaad is lying but she is helpless in this case. Moreover she records the statement of the girl Sarah. The breakthrough in his case happens when Laila Saba’s piano teacher shows up to the Police station with a letter that Laila Saba has written for her mother in which she claims that Behroze Karim has put strict securities and spies on her and if she dies Behroze Karim will be responsible for her death. Well on that ground Police is now able to arrest Behroze Karim. Behroze Karim on the other hand is lost in his grief, his wife’s reveries and also he is carrying the burden of guilt for Parizaad.

Behroze Karim values Parizaad and his sacrifice for him, he wants to pay off him as soon as possible by releasing him but little he knows that Police has issued his arrest warrants. He is drowned in his grief and loss for her beloved wife, he is also hurt by her betrayal and he is crying his heart when he hears that Police has entered into his house and arrested his men. Behroze asks Badar Munir to let him change his clothes, she does allow him and there Behroze Karim takes his own life by shooting himself in his room. Parizaad also attends his funeral. Behroze Karim’s chapter closes and it seems that a new chapter is about to begin in Parizaad’s life.

tweet
Share on FacebookShare on TwitterShare on PinterestShare on Reddit
Rameeza NasimNovember 3, 2021
the authorRameeza Nasim
Rameeza Nasim, a Paralian, passionate about poetry, drama and fiction. By giving drama critiques I feel like I am endorsing the writer's message to the audiences, I love my job. Being a critic responsibility lies on my shoulders to point out the flaws and shortcomings of the play be it on writer's , performers or director's end . I did my Masters in English Literature and Linguistics .
All posts byRameeza Nasim