Parizaad's sacrifices have not gone vain. 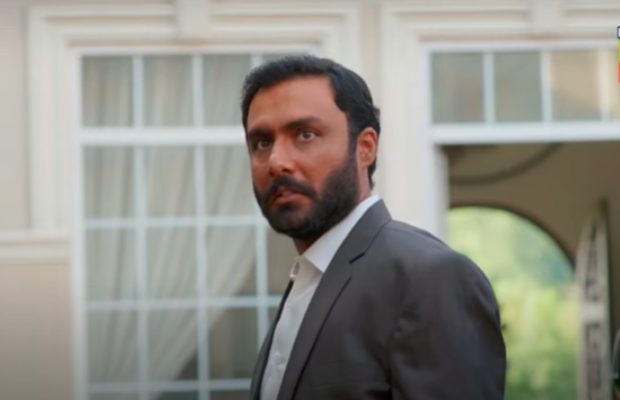 Parizaad the drama serial airing at HUM TV is one of the best serials in the running in terms of writing, direction, and performances. Ahmed Ali Akbar as Parizaad is phenomenal. In the previous episode, we have seen that Behroze Karim takes his own life, and before dying in his will he names a major portion of his property against Parizaad. In this episode, Parizaad becomes head of Behroze Karim associates.

Parizaad is in jail with Feroze, they have spent some time together. Then court sentences the death penalty to Feroze and Parizaad remains in prison for five years. Feroze tells Parizaad that he has to look after everything of Behroze Karim’s and also that his younger brother Akbar is going to serve him. He will be very loyal to him. Parizaad spends all the time in prison reading several books and particularly books that Behroze Karim used to read.

Parizaad is released after five years and when he was released he was welcomed by Behroze Karim’s staff. He is made the Head of Behroze Karim associates. Happiness is very evident from Parizaad’s facial expressions. He is content and moreover, one of his dream to actually become wealthy has been materialized. His sacrifices have not gone vain.

Parizaad visits his dearest friend Janu, who is now married to Mahi and he is now a father of a beautiful daughter. He tries to convince Janu to come with him but Janu does not want to become part of Behroze Karim’s criminal world. Parizaad tells him that he has done nothing but Janu tells him that now he is a father of a daughter so he cannot afford to be part of such a kind of world. Parizaad with a heavy heart leaves his friend’s place and that farewell hug is so heart-touching.

Well, one wonders why Parizaad has not contacted his sister first, she is the only person in his family who loves and cares for her. She deserves to be contacted first. Parizaad’s caretaker seems a very dubious character, he seems too clever. Parizaad meets Akbar very warmly and hires him as his own personal bodyguard. Now Since Parizaad has become the don and the head of Behroze Karim associates replacing Behroze Karim is he going to follow Behroze’s footsteps? Is he going to be part of the world of crime? Or will Parizaad create his own precedent? We can’t wait to see Yumna Zaidi sharing the screen with Parizaad.

tweet
Share on FacebookShare on TwitterShare on PinterestShare on Reddit
Rameeza NasimNovember 10, 2021
the authorRameeza Nasim
Rameeza Nasim, a Paralian, passionate about poetry, drama and fiction. By giving drama critiques I feel like I am endorsing the writer's message to the audiences, I love my job. Being a critic responsibility lies on my shoulders to point out the flaws and shortcomings of the play be it on writer's , performers or director's end . I did my Masters in English Literature and Linguistics .
All posts byRameeza Nasim