Parizaad Episode-18 Review: Parizaad reunion with his sister is so heart touching

Parizaad also come across Luba in a corporate party 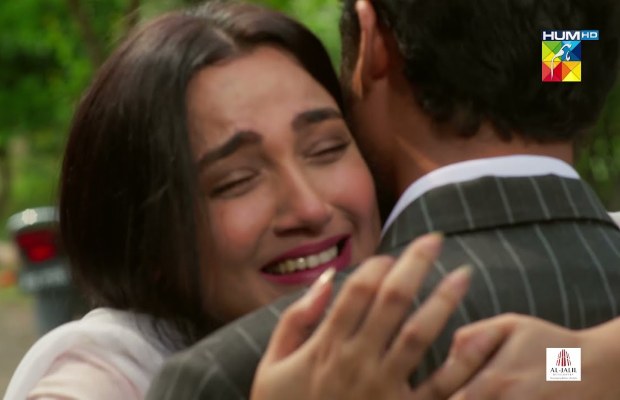 HUM TV drama serial Parizaad is undoubtedly the best in the running with Ahmed Ali Akbar’s phenomenal performance. Here in this episode, we have given a teaser of Yumna Zaidi’s voice as a DJ so looking forward to seeing her role. In the previous episode, we have seen that Parizaad becomes the heir of Behroze Karim’s business empire. In this latest, Parizaad visits Rawalpindi to meet his family and particularly his sister Saeeda.

Parizaad is in a corporate party where he meets Lubna but this time he is meeting her as Mahapara who is assigned by Saith A.Rehman to entice Parizaad. Both are surprised and glad to see each other. Lubna tells Parizaad the actual reason why she is presented to him as a special guest, she tells him that she is here to entice him so he can give Saith A.Rehman the tender. Parizaad gives that business favor to him but reminds him that using woman in business is a cheap tactic.

Parizaad goes to meet Lubna at her house and there he meets Lubna’s mother once again the same lady whose words and advice has changed Parizaad’s life forever. It is because of that woman that he is now a business tycoon. Lubna tells Parizaad that she is not a big heroine in fact she is out of work these days. Lubna’s mother is being grateful to Parizaad for being kind to her and in return Parizaad advises her to be kind to her daughter and know her real worth.

On his way back from Lubna’s house Parizaad is kind of down he turns on the radio in the car and here we hear Yumna Zaidi’s sweet voice as a DJ (wondering what will be her character’s name?), she is reciting Parizaad’s famous nazm and she also mentions the name of Parizaad as the Poet saying that she is a huge fan of him and wishes to meet him once in her lifetime.

Parizaad visits Rawalpindi to meet his family, his brother and sisters-in-law are so greedy and jealous type that we literally don’t want him to meet them. They were posing that as if they are the happiest people in the world to see him and they are the ones who love him the most when in reality they have disowned him when he was in prison. We want to see some sort of poetic justice to these hypocrites. The best scene of this episode is when Parizaad goes to meet his sister Saeeda their reunion is so heart-touching.

tweet
Share on FacebookShare on TwitterShare on PinterestShare on Reddit
Rameeza NasimNovember 17, 2021
the authorRameeza Nasim
Rameeza Nasim, a Paralian, passionate about poetry, drama and fiction. By giving drama critiques I feel like I am endorsing the writer's message to the audiences, I love my job. Being a critic responsibility lies on my shoulders to point out the flaws and shortcomings of the play be it on writer's , performers or director's end . I did my Masters in English Literature and Linguistics .
All posts byRameeza Nasim