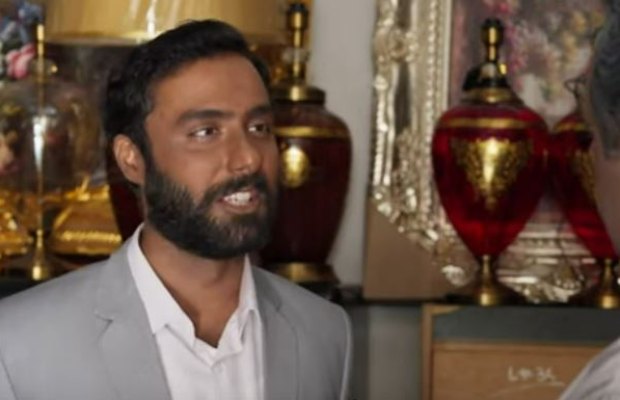 Parizaad the masterpiece airing at Hum TV is getting stronger and intense. Excellent performances, brilliant script, and incredible execution are what make this serial stand out from the rest in the running. In the previous episode, Parizaad meets his sister and it was one heart-touching scene. In this episode, Parizaad meets Naheed and it seems that he still has feelings for her.

Parizaad meets his sister and that was one heart-touching moment. Saeeda’s husband tells him that it is Parizaad who has stopped him from meeting in Jail. One of the most strong scenes is when Saeeda’s husband is returning him the money he has given her by selling his poetry. Saeeda’s husband is a pure gentleman. Parizaad takes his money and returns it to them by giving it to his baby niece.

Parizaad meets Shokhi’s father who begs forgiveness from him for beating him that day, Parizaad forgives him but then he tells him to meet Mirza Sahab too he is not well. Parizaad goes to meet Mirza Sahab where Naheed opens the door for him. It seems that he is still having feelings for Naheed. When he tells her to take good care of her and hints that it seems she is not taking care of herself means that she is not grooming herself.

Lubna comes to meet Parizaad at his office she wants to give him a surprise. She tells him that her age as a lead actress is moving fast so she is in a dire need of work. She tells Parizaad that industry works in a very odd way where casting couch kinda culture does exist and she has now gotten tired of pleasing and entertaining lecherous men. She wants Parizaad to produce and finance a decent movie for her to which Parizaad instantly agrees.

Parizaad play is full of dialogues that are like pearls of wisdom and it is full of beautiful moments. The scene where Parizaad enters the piano shop and that old piano he wanted to buy has been sold out. The piano here is used as a metaphor for desire. The exchange of dialogues between Parizaad and that shopkeeper is so full of wisdom and deep. Well, we have seen a teaser of Yumna Zaidi’s voice in the previous episode but we have not seen her in this episode as well, anxiously waiting for her appearance. Thank God Parizaad has not given much lift to his greedy brothers and sisters-in-law. We are anxious to see Parizaad meeting with the character of Yumna Zaidi, the queen has yet to come. There is so much in store for Parizaad.

tweet
Share on FacebookShare on TwitterShare on PinterestShare on Reddit
Rameeza NasimNovember 23, 2021
the authorRameeza Nasim
Rameeza Nasim, a Paralian, passionate about poetry, drama and fiction. By giving drama critiques I feel like I am endorsing the writer's message to the audiences, I love my job. Being a critic responsibility lies on my shoulders to point out the flaws and shortcomings of the play be it on writer's , performers or director's end . I did my Masters in English Literature and Linguistics .
All posts byRameeza Nasim