Parizaad Episode-23 Review: Ainee carves Parizaad’s sculpture but with her own vision

Parizaad meets Naasaaz in this episode 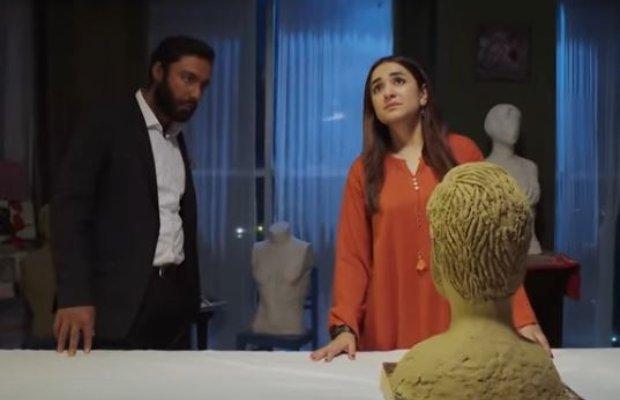 Parizaad the masterpiece running at HUM TV is our absolute favorite Prime Time Watch. The ensemble cast is loaded with incredible performances, excellent writing, and equally excellent execution contributing to making this serial the best of the best. In the previous episode, we have seen that Parizaad shuns Naheed’s advances but in his own subtle manner. In this episode, it is shown that Ainee craves Parizaad’s statue but with her own vision.

Parizaad surprises Ainee with his arrival at her house and demands her fulfill her promise of carving his statue. Ainee is over the moon on hearing that Parizaad Sir has actually agreed to let her make his sculpture. The scene where Ainee asks Parizaad to sit down and starts feeling his face and features with the touch of her hands is such a romantic scene.

Lubna calls Parizaad and requests him to give her some advice on her film’s music. She regards Parizaad as a good poet so she wants to seek his advice in finalizing her film’s music. There Parizaad has been introduced to two new characters Jarhna and Ustaad Sahab, they both are traditional singers but the music director needs something modern to cater to the commercial needs.

Parizaad emphasis getting Jarhna and her father hired for the songs. On his way Parizaad gives a lift to Jarhna and her father and on dropping them back home, he finds his lost friend Naasaaz. Nasaaz is living as a paying guest at their house. Parizaad is more than happy to see his friend it seems that his old self is back. Jarhna seems to like Naasaz and she requests Parizaad to convince Naasaaz to write poetry for her songs. Parizaad assures Jarhna that she does not have to worry Naasaaz will going to do the lyrics writing for the film.

Ainee calls Parizaad and asks him to come to her place as soon as possible. Parizaad is curious as to why she is calling him? Ainee is extremely anxious to show Parizaad his sculpture she has carved day and night with so much love. Parizaad arrives as promised and Ainee makes him close his eyes and then surprises him with his sculpture. Parizaad is astonished to see the beautiful sculpture which is not resembling with Parizaad but it’s beautiful it’s more like a Greek god. Ainee tells Parizaad that this sculpture is what she thinks he looks like, her inner vision and the touch of her hands have guided her to make this sculpture. In her heart, he looks exactly the same. Parizaad is speechless.