Parizaad Episode-24 Review: One thing is clear that Parizaad’s life is in danger!

Guru is back in the scene 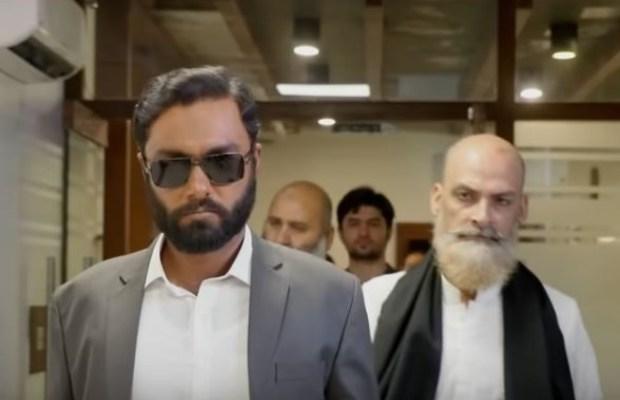 Parizaad the masterpiece is back with another episode. Excellent writing, brilliant execution, and incredible performances are what make this serial our most favorite prime-time watch at HUM TV. In the previous episode, we have seen that Ainee makes a sculpture of Parizaad. This latest episode reveals that there is an assassination attempt on Parizaad on his way back from Ainee’s house.

RJ Ainee tells Parizaad that she has made the sculpture out of her sense of touch and in her heart, he exactly looks like this sculpture, moreover, she tells Parizaad about his importance how the beauty of his words and thoughts have enlightened her heart and she loves the beautiful world her heart has created. Parizaad tells Ainee that the actual world is not set on these standards, Ainee straight away shuns the world and its so-called standards.

On his way back from Ainee’s house Parizaad is feeling out of the world, no one has ever expressed their feelings so beautifully to him. He is lost in Ainee’s thoughts when the car stops and Akbar tells that there is an accident on the road. Parizaad orders Akbar to help the person but little he knows that the accident scene is fake and is used as bait. There is an assassination attempt on Parizaad.

Fortunately, Parizaad is saved as Akbar took all the bullets on himself but makes sure that his master remains unhurt. Akbar is in critical condition and he is hospitalized. Parizaad recalls Behroze Karim’s words in which he says that a true man always is aware of his enemies and a successful person is the one who knows how to behave with friends and enemies. Parizaad tells Kamali to bring Guru and his underworld goons to him as he wants to investigate that who is the mastermind behind this murder attempt. Guru is back into the scene he tells Parizaad that Seth Shehbaaz is behind his assassination attempt.

Parizaad is resolute that he will teach Seth Shehbaaz a lesson he goes straight into his office and threatens him having eye contact and he in his own way also hints that his son’s life may be in danger as Guru has hinted Parizaad that Ainee and her mother life can be in danger so they have assigned a guard in front of their house. We have also seen an entry of another character Ainee’s cousin. We have seen that Parizaad also discusses Ainee with his friend Naasaaz telling that for the very first time he has seen love and reverence for him but alas the girl cannot see him still Naasaaz encourages Parizaad to bring Ainee into his life on which he says that he fears that his fate might overshadow her life too. One thing is clear that Parizaad’s life is in danger! However, we do not want Parizaad to die we want to see him having a happy life with Ainee at least these both deserve this.

tweet
Share on FacebookShare on TwitterShare on PinterestShare on Reddit
Rameeza NasimDecember 29, 2021
the authorRameeza Nasim
Rameeza Nasim, a Paralian, passionate about poetry, drama and fiction. By giving drama critiques I feel like I am endorsing the writer's message to the audiences, I love my job. Being a critic responsibility lies on my shoulders to point out the flaws and shortcomings of the play be it on writer's , performers or director's end . I did my Masters in English Literature and Linguistics .
All posts byRameeza Nasim