Parizaad wants to help Ainee in her eye transplant 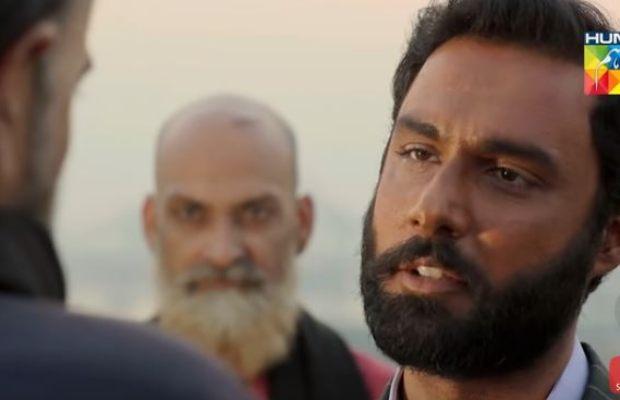 Parizaad the masterpiece running at HUM TV is one of our most favorite drama serials. Ahmed Ali Akbar’s phenomenal performance as Parizaad has set new standards in the craft of acting. In the previous episode, we have seen that Parizaad’s life seems in danger. In this episode, Parizaad teaches his enemies particularly Seth Shehbaaz a lesson he won’t forget.

The episode begins when Sharjeel, Ainee’s cousin starts talking about some eye transplantation. The cousin friendship seems cute but their chemistry is nothing like what Ainee has with Parizaad. Even Sharjeel is excited to meet Parizaad after he has heard so much about him from Ainee. The first encounter of Parizaad with Sharjeel is good but we are feeling that Sharjeel is playing Kabab may haddi kinda role.

Parizaad with the help of Guru plans to teach Seth Shehbaaz a lesson and through him, he wants to warn the whole mafia who has teamed themselves against him. He also has given a teaser to Seth Shehbaaz in his last meeting by deliberately looking into the picture of his son. Guru with the help of the goons kidnaps Seth Shehbaaz’s son right when he gets out of the gym. Guru informs Parizaad after kidnapping Seth Sehbaaz’s son.

Parizaad tells Guru to teach Seth Shehbaaz a lesson he will never forget. For one moment I got confused and worried that Parizaad cannot commit anything bad. However when they parcel Seth Shehbaaz his son’s bloodied shirt and when Guru calls him to pick his son’s corpse. I was like Parizaad cannot be a murderer! Well if they have shown that it would have been out of Parizaad’s character but what he does is go with his character. Parizaad is only terrifying his enemy he has not killed his son but he has given him enough warning that nor he nor any other from the Mafia will dare to harm Parizaad again.

Sharjeel tells Parizaad to convince Ainee for her eye transplantation on which Ainee clearly says that it is a very costly treatment and she does not want to take anyone’s help in this regard. Sharjeel is offering to sell his old house but she clearly rejects this idea. Parizaad later suggests an offer to Ainee in which he says that he will buy Sharjeel’s house and will keep it safe till he will buy his house back from him. Ainee does not seem happy with this idea though but Parizaad insists so she has not said anything. I do not like Sharjeel’s presence in the whole scene I wish he is not there and his presence may create distances between Parizaad and Ainee

tweet
Share on FacebookShare on TwitterShare on PinterestShare on Reddit
Rameeza NasimJanuary 5, 2022
the authorRameeza Nasim
Rameeza Nasim, a Paralian, passionate about poetry, drama and fiction. By giving drama critiques I feel like I am endorsing the writer's message to the audiences, I love my job. Being a critic responsibility lies on my shoulders to point out the flaws and shortcomings of the play be it on writer's , performers or director's end . I did my Masters in English Literature and Linguistics .
All posts byRameeza Nasim