Parizaad orders Akbar something which is out of his character! 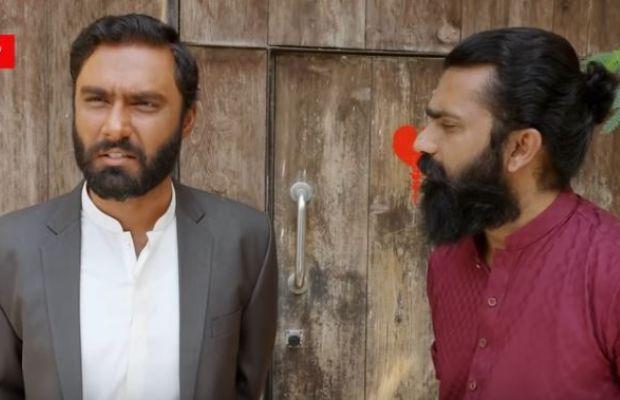 Parizaad the drama serial airing at Hum TV is 26 episodes down with the latest full of astonishing moments. Ahmed Ali Akbar and Yumna Zaidi has given iconic performances. In the previous episode Parizaad teaches his enemies a lesson they will never forget. In this episode Parizaad shocks the audience with his dark side.

Parizaad is fearing that RJ Ainee is not going to accept Parizaad when she will see him in real with her own eyes as Parizaad always estimate himself. His complexes are getting in his way he is thinking that Dr Sharjeel is way more handsome than him and when Ainee will get a choice she will definitely going to prefer Sharjeel over him. Its all going in Parizaad’s mind.

Well, Fahad Mirza seems a miscast for this role as he seems quite older than being Ainee’s cousin and he is quite annoying. Nasaaz suggests Parizaad for aesthetic treatments. He says that when he has money and he can afford he can change his appearance if he does not like it. Well to be honest Parizaad pursuing for plastic surgery and treatments is reflecting his shallowness which he is not Parizaad despite of his complexes, is much bigger than this.

Dr Sharjeel meets Parizaad in his office, he has brought his house papers with him. He very nicely meets Parizaad and tells him that he is very much swayed by his affluence. Parizaad and Dr Sharjeel’s exchange of dialogues are very friendly and in good humor. Parizaad wants him to convey his message to Ainee but before that Sharjeel has spoiled the whole scene by saying that he wants to propose Ainee. He further says that the first thing he wants after Ainee’s operation is to propose to her as he truly loves her. Parizaad is speechless on hearing this that he does not tell Sharjeel about the message he wants to give to Ainee.

Jharna and Nasaaz get engaged and it is Nasaaz who tells Parizaad that he should fight for his love and he should not give up, he tells him that everything is fair in love and war. Ainee on the other hand wants to see Parizaad right after her eye operation. Parizaad is making excuses. Well at the end of this episode Parizaad shocks us all. Parizaad orders Akbar to kill off Dr Sharjeel! This act by Parizaad is quite out of his character as we have never seen his dark side! we all hope that Parizaad does not commit this blunder and stops Akbar from committing that sin!

tweet
Share on FacebookShare on TwitterShare on PinterestShare on Reddit
Rameeza NasimJanuary 12, 2022
the authorRameeza Nasim
Rameeza Nasim, a Paralian, passionate about poetry, drama and fiction. By giving drama critiques I feel like I am endorsing the writer's message to the audiences, I love my job. Being a critic responsibility lies on my shoulders to point out the flaws and shortcomings of the play be it on writer's , performers or director's end . I did my Masters in English Literature and Linguistics .
All posts byRameeza Nasim