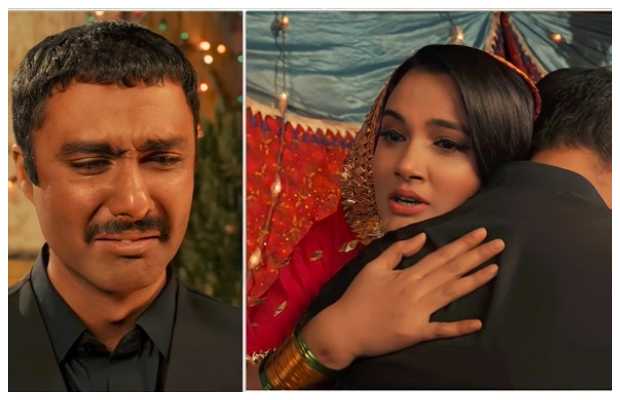 Parizaad is going really strong at HUM TV with Ahmed Ali Akbar’s phenomenal performance. The script is really thought-provoking and brilliant with equally brilliant execution powered by incredible performances Parizaad has become our favorite Prime Time Watch. In the previous episodes, we saw Naheed (Ushna Shah) cruelly breaking Parizaad’s heart and in this episode, we have seen Naheed marrying Majid, and Parizaad’s Appi also gets married to an older guy Salim.

Parizaad with a broken heart and soul is at Railway station and it seems that he is getting suicidal thoughts when some interesting guy at the platform interrupts his thoughts by his interesting chit-chat session. That guy happens to be a senior student at his University. The dialogues which that character Nasaaz utters are really powerful and carry a very strong message for the audience. He said that these suicidal thoughts occur in a very weak moment and all one wants is someone to talk with and the person gets out of that suicidal mode.

We always considered Shoki as a loafer, someone who considered Parizaad as a tool to get to Naheed but in real appearances deceive. Shoki behaves like a gem of a person, unlike Majid who knowing everything deliberately uses Parizaad’s name. Majid is more of a hypocrite who pretends in front of everyone that he is a very pious and nice guy but in reality, he is dating a girl and moreover getting to her roof in the middle of the night just like Shoki. However, Shoki at least has the courage to face the world and he really wants to clear Parizaad’s name but it is Parizaad who cares for Naheed’s honor.

It is so heartbreaking when Parizaad shares this news with his sister that Majid likes Naheed and he is soon going to marry her. The way Parizaad says that it is better to crush our dreams as soon as possible otherwise we will drag to hurt ourselves more is so saddening. The play also depicts that we as humans go after physical appearances, for instance, Naheed likes Majid because he is handsome and appears like a decent guy and Naheed is also loved by the guys just because she is good-looking.

Two weddings take place on the same day with two entirely different destinies. Naheed is married to Majid and Parizaad’s family married off his sister to an older guy Salim which thankfully appears to be a decent and kind heart man. He allows his wife to continue her studies and he talks with her in a very respectful manner. Parizaad is getting close to the poetic guy Nasaaz and it seems that he is all set to become a poet.

tweet
Share on FacebookShare on TwitterShare on PinterestShare on Reddit
Rameeza NasimAugust 4, 2021
the authorRameeza Nasim
Rameeza Nasim, a Paralian, poet, passionate about poetry, drama and fiction. By giving drama critiques I feel like I am endorsing the writer's message to the audiences and also stressing on what Writers trying to say through his character portrayals and story, I love my job. Being a critic responsibility lies on my shoulders to point out the flaws and shortcomings of the play be it on writer's , performers or director's end . I did my Masters in English Literature and Linguistics and I earn my living through writing.
All posts byRameeza Nasim