Parizaad's brother in law gets arrested and his shop is sealed. 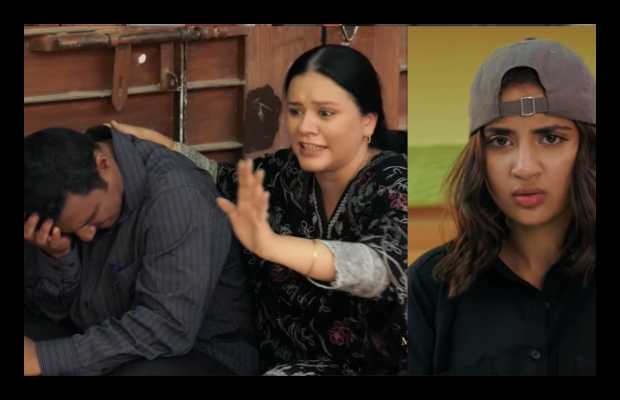 HUM TV’s Parizaad is a play we all anxiously wait for the whole week. This primetime watch has become our favorite with its excellent writing, phenomenal performances, and superb direction. In the previous episode, we have seen Parizaad marrying off his sister to an older guy who seems decent and respectful. In this episode, it has shown that Parizaad’s brother-in-law gets arrested and his shop gets sealed for selling substandard goods.

The episode begins with Naheed being happy in her marriage, she tells her parents that she is going to Karachi with Majid. Majid has the audacity to ask Parizaad that why he and his family have not attended his Nikkah after what he and Naheed have done with him? After knowing about Saeeda’s marriage he is being all nice, congratulating him and wishing her a happy life.

Parizaad’s sisters are not making any sense. Their jealousy and meanness is next level, I mean they have deliberately married her off to an older guy with a humble background and now they are wondering and worrying that why Saeeda has happily settled in her home? They have issues with her studying. It looks a little stretched out of their going to Saeeda’s house and convincing her mother-in-law not to let her study. What problem will they have with her study?

There is an entry of an interesting character Bubbly Badmash played by Saboor Aly who happens to be Ahmed Nasaaz’s land lord’s daughter. Bubbly is a full-on tomb boy who talks, walks, and behaves like a boy and loved to be called and treated like a boy. Bubbly is taking great interest in Parizaad and despite his reluctance, it seems that there is some kind of connection between the two, on top of it Nasaaz has also hinted that Parizaad will be a perfect match for Bubbly.

Saeeda was so excited and happy about her studies then all of sudden her husband tells her to hold herself to submit admission forms for a while. Saeeda comes to know that all the glow and smile on her face vanishes. Her husband feels bad and it seems that he has guessed that it must be Saeeda’s sisters-in-law who have brainwashed his mother. He assures her that he will fix everything for her. Well, life is quite unfair for Saeeda, The Police raids at her husband’s shop, seals the shop, and arrests him on the councilor’s orders.

tweet
Share on FacebookShare on TwitterShare on PinterestShare on Reddit
Rameeza NasimAugust 11, 2021
the authorRameeza Nasim
Rameeza Nasim, a Paralian, passionate about poetry, drama and fiction. By giving drama critiques I feel like I am endorsing the writer's message to the audiences, I love my job. Being a critic responsibility lies on my shoulders to point out the flaws and shortcomings of the play be it on writer's , performers or director's end . I did my Masters in English Literature and Linguistics .
All posts byRameeza Nasim