Parizaad bails out his brother in law by using his source 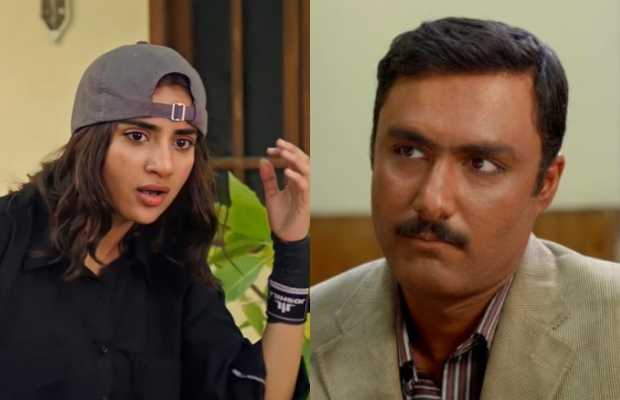 Parizaad the drama serial airing at HUM TV is one of our favorite primetime drama in the running with Ahmed Ali Akbar’s phenomenal acting, excellent script, and brilliant execution. In the previous episode, we have been introduced to the character Bubbly Badmash played by Saboor Aly and in this episode, we have seen that Nasaaz is suggesting Bubbly’s proposal to Parizaad.

Parizaad’s sister is in big trouble, she comes to her house for help but her cruel bhabhies instead of listening to her create more fuss about the situation, luckily Parizaad comes to her rescue and for the very first time we get to know that Parizaad has earned few contacts and respect in the society, he bails out his brother in law by using his own source. However, he cannot undo his brother-in-law’s monetary loss.

Parizaad’s body language with Bubbly Badmash is entirely different. He seems more confident and in himself when he talks with her. It seems like a daring Bubbly can be the best match for a shy Parizaad. Bubbly Badmash’s Rishta call was a typical one, the people bring a huge list of demands with them, and to be honest what Bubbly Badmash does with them is what they actually deserved, however, Bubbly does not deserve that slap by her father.

Saboor Aly’s performance as Bubbly Badmash is really cute and amazing. She certainly does not deserves that tight slap from her father, her father is also feeling bad after slapping her. Bubbly’s mother is so right that she needs a psychiatrist but the way Bubbly’s father reacts on this suggestion is reflecting our society’s view about mental health and psychiatrists according to them only mad or mentally challenged people needs such kind of treatments. It seems that Bubbly has a feeling for Parizaad and Parizaad also appears super comfortable in her presence.

Nasaaz suggests Parizaad consider marrying Bubbly as according to him he will be her best match. She further elaborates that Bubbly will never agree nor will going to settle with a typical Desi man, so he will be the best suited for her. Parizaad shows reluctance but then Nasaaz gives him a suggestion which I do not approve, Parizaad is extremely worried for her sister, as his brother-in-law needs money to fight his case. Nasaaz says that Bubbly’s parents will give him money from which he can help her sister on which he seems a bit convinced. This is not a heroic quality then what is the difference between him and that greedy Rishta walas if Parizaad has to take money from them for marrying Bubbly. He could earn and make money on his own.

tweet
Share on FacebookShare on TwitterShare on PinterestShare on Reddit
Rameeza NasimAugust 17, 2021
the authorRameeza Nasim
Rameeza Nasim, a Paralian, poet, passionate about poetry, drama and fiction. By giving drama critiques I feel like I am endorsing the writer's message to the audiences and also stressing on what Writers trying to say through his character portrayals and story, I love my job. Being a critic responsibility lies on my shoulders to point out the flaws and shortcomings of the play be it on writer's , performers or director's end . I did my Masters in English Literature and Linguistics and I earn my living through writing.
All posts byRameeza Nasim