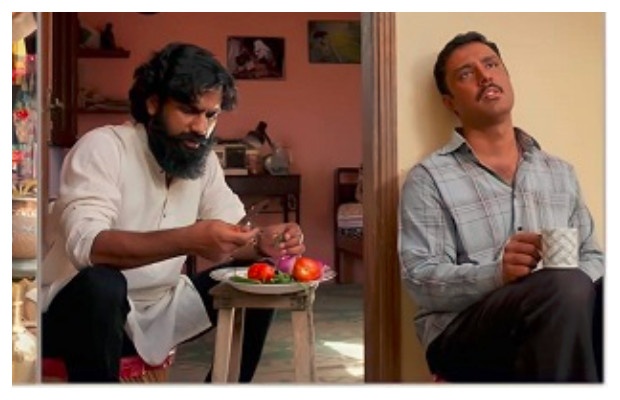 Parizaad one of the best serials in the running at HUM TV is based on Hashim Nadeem’s novel Parizaad is quite a substantial play with Ahmed Ali Akbar’s impeccable performance. In the previous episode, we have seen that Nasaaz is planning for Bubbly and Parizaad’s marriage and in this episode, we have seen that Bubbly unexpectedly escapes from the scene and Poor Parizaad has to bid farewell to his only friend Nasaaz too. Parizaad begins his new life chapter.

Parizaad’s greedy bhabies and equally selfish brothers are hitting a new level of selfishness when Parizaad’s sister asks them for a loan. They shamelessly refuse to help her and on top of that they selfishly and brutally deprives her of her inheritance rights by saying that they have paid off all her rights by marrying her off which is so wrong, dowry is not equal to her legal inheritance rights.

Nasaaz talks about Parizaad’s proposal to Bubbly’s parents and furthermore, he also suggests keeping Parizaad as Ghar Damaad as his family is never going to accept Bubbly. Bubbly’s parents agree to this proposal and thank God Nasaaz does not talk anything about dowry. Parizaad is already having reservations about taking money from them. Bubbly unexpectedly seems quite happy on this proposal we have seen her and Parizaad’s proximity too where she is lovingly brushing off his hair and being romantic with him.

Well, the very next day Bubbly’s sudden escape from the scene is so unexpected, and to be honest it is not making any sense too. Bubbly could have simply said no why she has run away. Well, Bubbly’s room speaks volumes about her aspirations in life. Bubbly wants to be a sportsperson and it seems that her dreams are bigger than just getting married and settle down in life.

Parizaad is really sad when he has to bid farewell to his only best friend Nasaaz, he is leaving the town because Bubbly’s family has moved out and he has no place to live plus he has cleared his papers too. We will miss this character Nasaaz. Parizaad’s life new chapter begins as he gets a scholarship to one of the most reputable universities. It is a co-education institute and we are expecting that Parizaad going to meet a new character in the coming episodes in fact we have seen Mashal Khan’s character crossing her ways with Parizaad in the corridors. Will Parizaad going to shine out in this elite university and will he charm his colleagues with the power of his words here too?