Parizaad charms everyone with his poetry 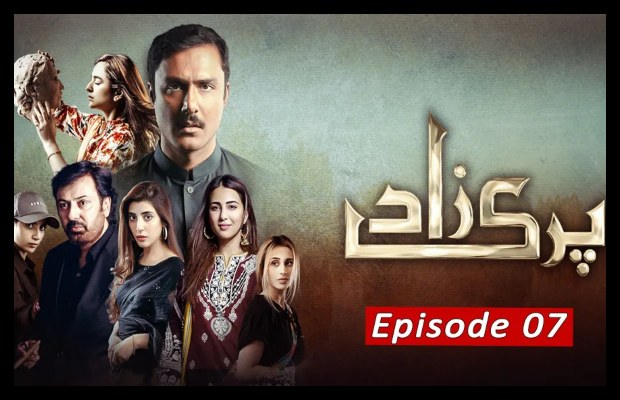 Parizaad the drama serial airing at HUM TV is one of the best in the running this season with its unique narrative and strong performances. Veteran writer Hashim Nadeem has touched on a very sensitive topic in this play. In the previous episode, we have seen that Parizaad’s new life chapter begins, and in this episode, we have seen that Parizaad befriends Lubna and he faces class disparity.

Parizaad charms everyone in the University with his poetry, it is established that he is now a renowned poet of the city and he is blessed with the power of words. Lubna also gets fascinated with his poetry and the way he thinks. Lubna offers him to help her out in her drama project which is Othello’s Urdu version and he is asked to write a dramatic monologue.

Parizaad adds colors and life to the play with his magical words and won the audience’s heart including Lubna’s. Lubna offers her hand of friendship to Parizaad which Parizaad reluctantly accepts. Lubna goes to the extent of inviting him to her private house party which her mother has thrown in celebration of her success as the drama has won the best play trophy. This is for the very first time Parizaad faces class disparity.

The look on Lubna’s mother is not new for Parizaad, she looks down at him like others considering both his appearance and his social class as his flaw. Lubna’s mother is a pure snob and all she wants is that her daughter moves into their own class. Parizaad meets a wannabe poet Noman Sahab at the party who offers him to ghostwrite poetry for him and helps him in publishing a book. It has made Parizaad furious and he declines his offer. However, it seems that the financial pressure in Parizaad’s life will make him accept this offer in the future.

Parizaad has no financial challenges in his life except that he has to support his sister and brother-in-law in the time of their financial crises. Well, Parizaad’s brother-in-law turns out to be a huge disappointment, his character is going with what he has been portrayed earlier, he and his mother are pressurizing his wife to ask for money from his brother. Parizaad’s brothers are so shameless that they cannot even lend any money to her sister in such crises. Parizaad’s brother-in-law reaches a height of shamelessness when he snubs his wife and threatens her that he will divorce her if her brothers have not helped him out. What a shame! Parizaad hears all this and it seems he will take some steps to help her sister out. Will he literally going to sell his words?