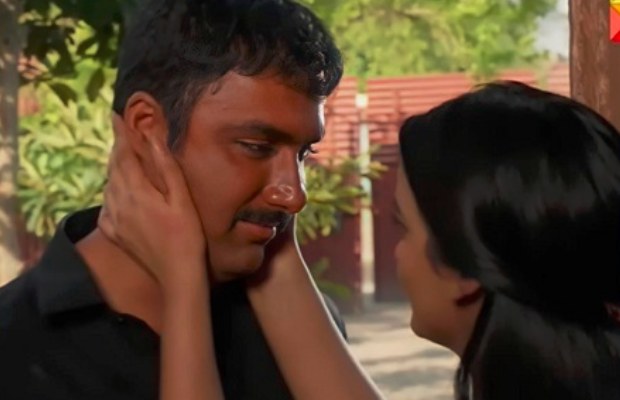 Parizaad the magnum opus of HUM TV is still going stronger with the 9th episode down. The protagonist Parizaad is growing and learning with all the characters he meets, every character has a certain sort of influence on Parizaad way of thinking and this is the most interesting part of the narrative. In the previous episode we have seen that Parizaad abandons his poetry, he even sells his words and starts doing a welding job. In this episode Parizaad leaves his city, he is trying his luck in Karachi.

Parizaad’s motive for life has changed the day since he met Lubna’s mother. He has started disregarding his poetry skills and the power of words. According to him, his sole motive in life is to earn more and more money. He shares his ambition with his welding guru who tells him that he cannot earn that much from welding but he suggests him a job in Karachi.

Parizaad’s eldest brother unlike their greedy sister-in-laws opposes the idea of him going to Karachi while his greedy bhabies are more than happy to see Parizaad working and earning them good money. The way Parizaad meets his sister Saeeda is such a heartbreaking scene and then Parizaad’s helpless request to his bother in law is so heart-wrenching but it will certainly have a positive influence on Saeeda’s life.

Saeeda’s sister in laws never-ending envy towards her is not making any sense. They both are simply the only toxic creatures in this play. Why they are not letting live Saeeda in peace? It also seems that Naheed is not happy with her marriage although she is pregnant she does not seem happy. When Hajan Bowa is praising Naheed’s husband and saying that how lucky she is having such in-laws there comes a shade in her expressions. There is certainly something Naheed is silently enduring. Naheed meeting Parizaad at night on the rooftop is also not making any sense nor it seems appropriate.

In this episode, Parizaad meets Janu a driver with reference to his Ustaad. Janu seems a happy-go-lucky kind of man who lives alone in a flat in the hustle-bustle of a metropolitan. He promises that he will set his job. There is an entry of Saith Behram played by Noman Ijaz who meets Parizaad and his name ‘Parizaad’ fascinates him so much that he agrees to hire him at a job immediately. Parizaad encounters a suspicious activity at his night shift in the factory will Parizaad stay silent on that as told by the manager or will he take a step and complains about it to the boss?

tweet
Share on FacebookShare on TwitterShare on PinterestShare on Reddit
Rameeza NasimSeptember 15, 2021
the authorRameeza Nasim
Rameeza Nasim, a Paralian, poet, passionate about poetry, drama and fiction. By giving drama critiques I feel like I am endorsing the writer's message to the audiences and also stressing on what Writers trying to say through his character portrayals and story, I love my job. Being a critic responsibility lies on my shoulders to point out the flaws and shortcomings of the play be it on writer's , performers or director's end . I did my Masters in English Literature and Linguistics and I earn my living through writing.
All posts byRameeza Nasim