Pehchaan Episode-21 and 22 Review: Sharmeen is filing for divorce

Sharmeen takes money from Aziz against her jewellery 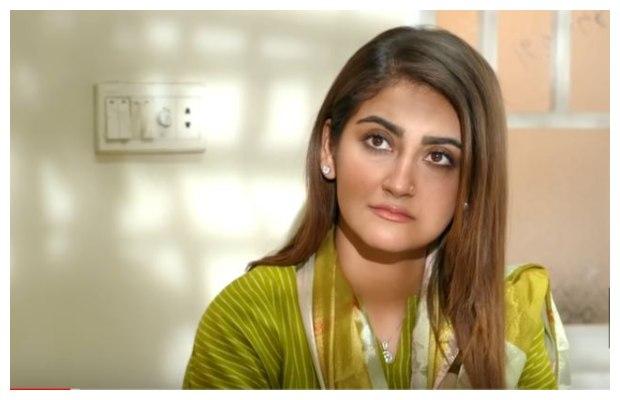 Pehchaan Episode-21 and 22 Review – Hum TV drama serial Pehchaan is now 22 episodes down and still, we do not know the actual reason why Sharmeen wants a divorce. Performances are brilliant, particularly Hiba Bukhari and Syed Jibran’s. In the previous episode, we have seen that Sharmeen is worrying about her children. In this episode, it is shown that Sharmeen starts her own home-cooked food business and is filing for divorce.

It is shown that Sharmeen loses her job. Sharmeen is currently jobless. She is trying to get a job but fails. It has shown so unrealistically that in a school gatekeeper is shooing her away which doesn’t happen. Eventually, she landed a job as an assistant teacher in a school.

Humna and Fahad both have decided that they both will show a cold shoulder to their father and will pressurize him so he brings back their mother. Little do these poor souls know that their mother is resolute that she needs a divorce. Adnan, on the other hand, is totally depressed as his kids are not talking with him properly nor Sharmeen is ready to pick up his call. There seems no way out for him even though his parents are not happy with him. He also learns that Sharmeen is filing for divorce.

Sharmeen has realized that she cannot earn a reasonable earning by teaching only so she thinks to start her own online home cooking business. However, for that, she needs a handsome amount of money. She calls her brother but he refuses to help her by making an excuse that he does not have money but actually he deliberately does not help her sister. Sharmeen is left with no choice but to ask for money from Aziz she insists he keeps her jewelry as security to which he reluctantly agrees. Sharmeen starts her own business and it seems that she is going quite well with it.

Sharmeen also hires a human force to help her out in her growing business. We also come to know that despite her growing business, she is still carrying the teaching job which according to her, reminds her of her kids. We get to see that Adnan’s ways cross once again with Kehkashaan but this time he behaves quite coldly with her. Kehkeshaan seems quite disturbed by his cold behavior and she is getting flashbacks from her past. We get to know that Cookie is actually Kehkeshaan’s nickname so it is Adnan who has snatched Sharmeen’s identity from her. Sharmeen also files for divorce by hiring a lawyer in that too she states no reason for asking for a divorce and she gives children custody happily to Adnan. Well, I felt that there is a time-lapse issue with Sharmeen’s business growing, and on the other hand divorce issues going on at the same pace creates confusion.

tweet
Share on FacebookShare on TwitterShare on PinterestShare on Reddit
Rameeza NasimAugust 22, 2022
the authorRameeza Nasim
Rameeza Nasim, a Paralian, passionate about poetry, drama and fiction. By giving drama critiques I feel like I am endorsing the writer's message to the audiences, I love my job. Being a critic responsibility lies on my shoulders to point out the flaws and shortcomings of the play be it on writer's , performers or director's end . I did my Masters in English Literature and Linguistics .
All posts byRameeza Nasim