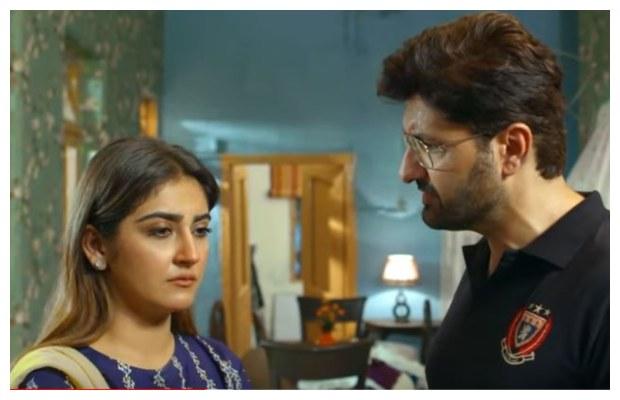 Pehchaan Last 2 Episodes Review – Hum TV’s drama serial Pechaan finally comes to its conclusion. The play ended on a happy note, it concluded with Adnan and Sharmeen’s reconciliation. The play used to air twice a week and this week it airs its ending episodes. It is Hiba Bukhari’s best work to date. Performances are on spot particularly Hiba Bukhari and Syed Jibran. In the previous episodes, it is shown that Sharmeen is not ready to forgive Adnan, in fact, she is filing for divorce.

Kehkeshaan is still after Adnan, she suggests he marry her and she refers to Sharmeen leaving him which alarms Adnan that how come she knows that Sharmeen has left him. He realizes that she is the one who is adding poison to his married life. He starts cursing Kehkeshaan telling her that he hates her to the core and he will never forgive her.

Sharmeen is recalling that meeting of her with Kehkeshaan that how she approached her and how she starts making her feel that she has no place in Adnan’s life. She tells her that even the nickname Adnan has given to her is not her own nick. Sharmeen was shattered to hear that she has been fooled all her life by Adnan she tells her phupho that it is the reason why she wants to leave Adnan.

Adnan when realizes the reason why Sharmeen is leaving him, wastes not a second and flies back to Pakistan. He goes to Safina Phupho’s house who does not only let him in but pampers him like a damaad. Adnan tries his best to convince Sharmeen. Adnan has redeeming factors and the foremost is when he sees Sharmeen’s home cooking business he whole heartily appreciates it and calls her an entrepreneur. Eventually, Adnan succeeds in bringing back Sharmeen home. He tells her that he only loves her and is going to love her always.

Pehchaan is a play with a unique narrative. It is probably Hiba Bukhari and Syed Jibran’s best work so far. Based on modern and feminist themes the play speaks out about the importance of personal identity and liberation. However, besides having such feminist themes the play ends with reconciliation. It is not shown that Sharmeen goes on her own way living an independent life. The moment Adnan professes his love for her she is ready to go back with him. That is the beauty of the play I do believe in individuality and women’s liberation but I also believe in love. It is so satisfying to see Adnan and Sharmeen reunion with their family. The ending scene is also cute of Aziz’s wedding attended by Sharmeen and Adnan. Overall an amazing project, despite having a few loopholes. Kudos to the entire team!

tweet
Share on FacebookShare on TwitterShare on PinterestShare on Reddit
Rameeza NasimSeptember 2, 2022
the authorRameeza Nasim
Rameeza Nasim, a Paralian, passionate about poetry, drama and fiction. By giving drama critiques I feel like I am endorsing the writer's message to the audiences, I love my job. Being a critic responsibility lies on my shoulders to point out the flaws and shortcomings of the play be it on writer's , performers or director's end . I did my Masters in English Literature and Linguistics .
All posts byRameeza Nasim