Rakshi's family is shifting their home before marriage 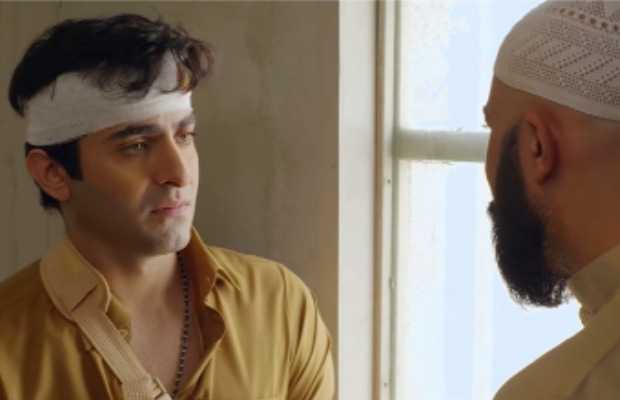 ARY Digital’s Pehli Si Muhabbat is an exquisite love story beautifully penned down by Faiza Iftikhar. Aslam and Rakshi’s love story is now moving towards a tragic turn. In the last episode, it is shown that Aslam tells Zainab about Sikandar marrying Rakshi, and in this episode, we have seen that how Zainab is trying her best to contact Sikandar and will try to convince him not to marry Rakshi.

Zainab’s character is not making any sense, one wonders how come a woman is in love with a man who has created a huge drama on her Mehndi putting her reputation at stake in front of her in-laws to be and her husband to be. How come she still loves Sikandar for years and even after so many years of her marriage and having children, she is still being cold to her husband just because she still loves Sikandar why? Then Zainab saying that she has forgiven him when she hears him marrying Rakshi is not making any sense. She is broken when she comes to know that Sikandar is the one who has badly beaten Aslam.

Sikandar on the other hand is on a new level of a revenge game. He himself gives Faiz a handsome amount of money so that he can easily marry off Rakshi as soon as possible despite Faiz’s reluctance he is persistent that Faiz keeps that money. Nargis’s sharp senses have sensed that there is something fishy with Sikandar why he is being so desperate to marry Rakshi when he has not even seen her? She raises her concerns even Faiz has no answers for that.

Our heart goes out for that poor Rakshi whose stepmother, who is not supporting her now. When Rakshi asks her why she has made her heart so hard for her she says that she wants her to make her heart hard too. Aslam gets mad when he hears about Rakshi’s family leaving the house, he wants Rakshi’s new address and he wants to get back soon to Hyderabad.

Zainab’s behavior toward her husband gives us hope for her relationship, we all want that she starts loving and respecting her husband instead of loving Sikandar who does not deserve her. Her silent call to Sikandar speaks volumes about their relationship. Well, it is hard to believe that someone like Sikandar with that much in love can beat Aslam that badly? Then we see that Zainab is off on a venture to meet Sikandar and her intentions seem to forbid him not to marry Rakshi. Well, why Akram’s wife is helping her to the extent of risking her own self too?

tweet
Share on FacebookShare on TwitterShare on PinterestShare on Reddit
Rameeza NasimMay 25, 2021
the authorRameeza Nasim
Rameeza Nasim, a Paralian, passionate about poetry, drama and fiction. By giving drama critiques I feel like I am endorsing the writer's message to the audiences, I love my job. Being a critic responsibility lies on my shoulders to point out the flaws and shortcomings of the play be it on writer's , performers or director's end . I did my Masters in English Literature and Linguistics .
All posts byRameeza Nasim