Rakshi moves to a new neighborhood 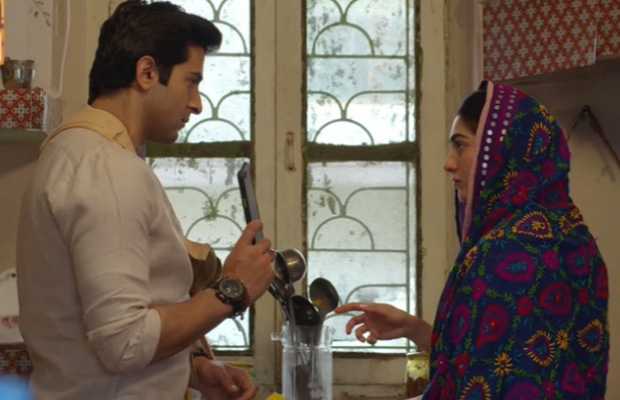 The episode opens with a scene where Aslam is running to get on the bus to Hyderabad with the money, his Mamoo has given him for a business errand. However, luck is not on Aslam’s side he gets caught by his Mamoo in the bus thus he cannot go back home at that time and lost the only chance to meet Rakshi. Aslam’s ex-fiance Bushra is such a sweet girl that she even tries to help out Aslam by giving her a phone despite Aslam’s cold behavior with her.

Well, Akram’s wife clearly knows the level of risk attached with what she is doing but she still takes that leap of faith and helps Zainab to meet Sikandar. If Akram would get an inkling about that meeting and also that his wife helping her out she could see its worst consequences. Sikandar seems blind in revenge instead of realizing Zainab’s problems he tries to persuade her for something which I guess is that he is asking her to leave her husband and marry him which Zainab declines.

Zainab must have realized that love is just a fallacy. She has wasted her feelings for the wrong person, for so many years she loved a man who does not respect her relations, her family, and her limitations. He is so mad in revenge that he can go at any length. Zainab’s change of heart towards his husband is so relieving.

Rakshi is moved to a new neighborhood but Aslam does not know about her new address. Before moving Rakshi breaks the pink bangles Aslam gifted her and leaves them on the balcony saying that she has ended her relationship. Aslam once again takes the help of his cousin Bushra who is so sweet that she cannot say no to him. Bushra calls Nargis telling her that she is Rakshi’s friend and wants to talk to her. Nargis seems to realize that she is not Rakshi’s friend she makes an excuse that Rakshi is sleeping she will convey her message she might call herself later. Aslam is so broken to hear this, this might be his last chance through which he can get to know about Rakshi’s new address.

tweet
Share on FacebookShare on TwitterShare on PinterestShare on Reddit
Rameeza NasimMay 30, 2021
the authorRameeza Nasim
Rameeza Nasim, a Paralian, passionate about poetry, drama and fiction. By giving drama critiques I feel like I am endorsing the writer's message to the audiences, I love my job. Being a critic responsibility lies on my shoulders to point out the flaws and shortcomings of the play be it on writer's , performers or director's end . I did my Masters in English Literature and Linguistics .
All posts byRameeza Nasim