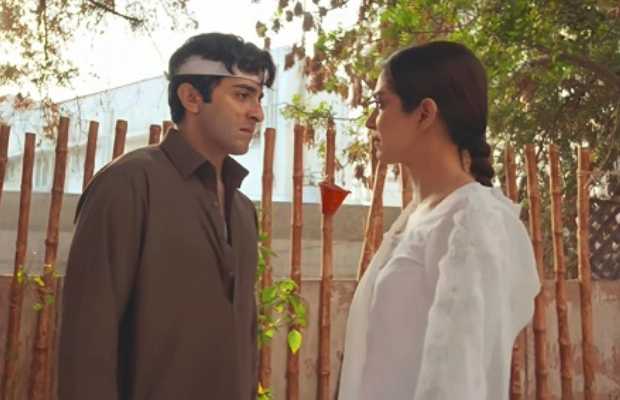 ARY Digital’s exquisite serial Pehli Si Muhabbat has now become a tragic tale. With Zainab Appa’s death events are leading towards a more depressing side. In the previous episode, we have seen that Aslam comes to know that the cause of his sister’s death is the burden she has been facing for him. In this episode, we have seen Aslam blaming Rakshi for Zainab Aapi’s death.

We have seen Akram having great feelings of remorse and Aslam blaming his brother for her sister’s death. Akram begs forgiveness and he says that if he has gotten another chance he is never going to repeat his mistakes but now it’s too late. There is a very strong message for all parents and guardians out there that sometimes there is no way to undo your mistakes so a daughter’s and sister’s consent is most important in their marriage.

Nargis and Faizullah’s conversation is also very strong. She tells Faizullah that she will free herself from all worries if he stops treating his daughter as a matter of his honor and start treating her as a human who has her own will and choice. Nargis further says that if he will let her choose what she wants. Nargis insists Rakshi use her right of choice too but Rakshi cannot confront her father.

Rakshi asks her father to let her go to Aslam’s house for condolences. Well to our surprise Faizullah agrees to send her. Nargis is repeatedly telling her not to marry that older guy well one wonders that the guy next door looks younger than Sikandar then why she was letting her marry Sikandar? Rakshi not for a single moment feeling any sort of hesitation in going to Aslam’s place when she knows herself that she may have been the cause of Zainab Aapi’s death.

Rakshi visits Aslam’s place and pays her condolences to Aslam’s mother, she embraces her unlike we are expecting that she might be snubbed by all family members but it does not happen till Aslam arrives. Aslam grabs Rakshi which seems quite inappropriate he tells her that why she is here when she is the one who is responsible for her sister’s death moreover he says that now there no place for Rakshi in his heart. Rakshi is broken to hear that, she asks now where she will live if not in his heart? Aslam’s mother instills some reason by saying that Rakshi is not Zainab’s murderer, her death is her destiny and no one is responsible for her death.

tweet
Share on FacebookShare on TwitterShare on PinterestShare on Reddit
Rameeza NasimAugust 9, 2021
the authorRameeza Nasim
Rameeza Nasim, a Paralian, passionate about poetry, drama and fiction. By giving drama critiques I feel like I am endorsing the writer's message to the audiences, I love my job. Being a critic responsibility lies on my shoulders to point out the flaws and shortcomings of the play be it on writer's , performers or director's end . I did my Masters in English Literature and Linguistics .
All posts byRameeza Nasim