Thank God it's out of that mourning phase! 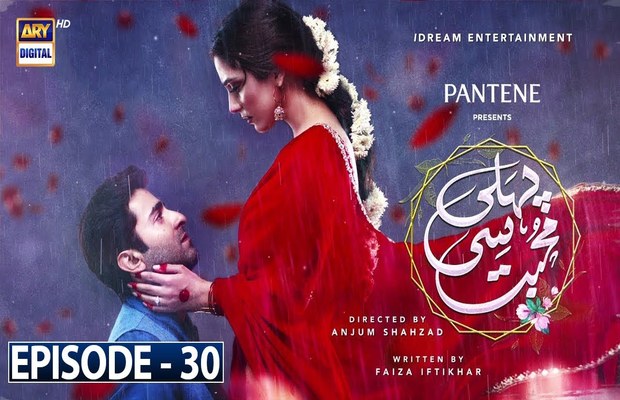 Pehli Si Muhabbat is an exquisite love story about first love, passion, and fervor, despite all its strong points has turned into a tedious play. This episode is again a slow-paced one but Thank God it’s out of that mourning phase. In the previous episode, we have seen that Aslam wants to go to Karachi with his Mamu, and in this episode, he is in Karachi once again being rude to Bushra.

Aslam has tried to escape from his city and Rakshi, he is trying his best to settle down in Karachi but still, his heart seems lost. His unnecessary rude behavior with Bushra is not making any sense why he needs to be that rude to her? What that poor girl has done to him she always been very nice to him and even helps him out in the past in reaching Rakshi.

Nargis is not comfortable in this hasty decision of marrying off Rakshi one wonders why? Then why she is silent on her marrying Sikandar he was the worst choice ever, the guy next door may be older but not older than Sikandar and he seems quite a decent and respectable fellow. Well Nargis has not yet given up she tries one last time, she meets Nadeem and asks him about Aslam’s whereabouts and tells him the whole story.

Rakshi’s neighbor’s daughter is not ready to accept Rakshi as her mother. Just like what Rakshi did with Nargis initially, she is also not ready to accept Rakshi at any cost and Rakshi seems to understand from where she is coming. A part of us feels like that motherless poor little girl does deserve mother’s love which only Rakshi can give her then there is part of us which badly wants to see Aslam and Rakshi marrying. Well, Rakshi has to choose one.

Nadeem himself goes to Karachi to convince Aslam to marry Rakshi as a true friend. Aslam becomes angry at seeing him saying that he wants to get away from his memories but he is not letting him. Nadeem ensures that his heart still beats for Rakshi no matter how much he denies it, Aslam eventually accepts that it is true but he cannot forgive her. Nadeem explains Rakshi’s side of the story with logic by saying that she was only caring about his father’s honor as any girl of dignified character does like what his own sister Zainab did. He says that he respects his sister for her sacrifice so how can he hate Rakshi for committing the same action? He further emphasizes him not to be like Sikandar. It seems that Aslam is moved by Nadeem’s convincing. Will, he go back to Rakshi?

tweet
Share on FacebookShare on TwitterShare on PinterestShare on Reddit
Rameeza NasimAugust 23, 2021
the authorRameeza Nasim
Rameeza Nasim, a Paralian, passionate about poetry, drama and fiction. By giving drama critiques I feel like I am endorsing the writer's message to the audiences, I love my job. Being a critic responsibility lies on my shoulders to point out the flaws and shortcomings of the play be it on writer's , performers or director's end . I did my Masters in English Literature and Linguistics .
All posts byRameeza Nasim