Zohra and Moosa both charcters are not making any sense 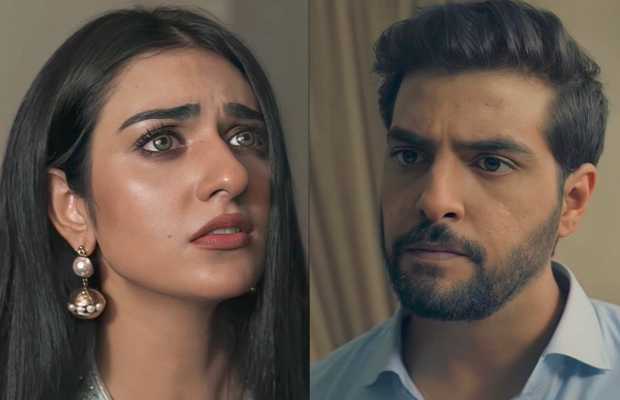 Raqs e Bismil airing at HUM TV is a play that seems all about Imran Asharaf’s portrayal of Moosa, Moosa although his character does not make any sense still outshining in the whole play. It may be not wrong to say that audiences watch this play only for Moosa. In the previous episode, we have seen Moosa getting employed as a security guard for Laila Jee. In this episode we have seen him showing his loyalty towards his employer and also Zohra is getting a reality check which we are wondering she must have gotten away before.

The episode begins when Zohra slaps hard on Sheharyaar’s flirty friend’s face with whom he is about to sign an important business deal. Well, one wonders why Zohra is still in a bubble that Malik Sheharyaar will give her respect as a traditional wife. Her bubble is busted when Malik Sheharyaar tells her about his first wife and kids, she gets a reality check when he claims that he has paid a high price to marry her so that he can have a wife who can socialize with him at cooperating parties. He asks her to apologize for her behavior from his friend.

Moosa’s loyalty to Laila Jee is not making any sense. Laila herself has sensed that Moosa belongs to a respectable family and he is working for her like this in the industry might not suit his family. Laila offers Moosa that she can arrange a white-collar job for him but he refuses to say that “please don’t do this favor to me” and also that he cannot leave his job and Laila jee likes that. Not for a single moment, Moosa is thinking about his  father and his family’s honor.

Zohra’s Anna jee and her sister cannot meet her as per the agreement they have made with Malik Sheharyaar. Malik Sheharyaar tells Zohra that she has to accompany him to all his parties and she should help him in getting deals. Zohra is shocked and broken but her shock is not making any sense she has been brought up in such an environment where she used to dance at parties then why she is expecting so high that Malik Sheharyaar will give her traditional wife status and respect. Zohra will realize that no one will love her and respect her better than Moosa.

The track of Laila jee and his husband seems wishy-washy. Sakina on the other hand is still not making any attempt to reveal the reality to her family or to save Moosa. The daring steps Sakina has taken before are much more than telling her family the truth. At least if she cannot tell the truth she should come up with a plan. Sitara on the other hand is persisting not to marry anyone else except Moosa. We are looking forward to see Moosa and Zohra’s encounter.

tweet
Share on FacebookShare on TwitterShare on PinterestShare on Reddit
Rameeza NasimApril 6, 2021
the authorRameeza Nasim
Rameeza Nasim, a Paralian, passionate about poetry, drama and fiction. By giving drama critiques I feel like I am endorsing the writer's message to the audiences, I love my job. Being a critic responsibility lies on my shoulders to point out the flaws and shortcomings of the play be it on writer's , performers or director's end . I did my Masters in English Literature and Linguistics .
All posts byRameeza Nasim