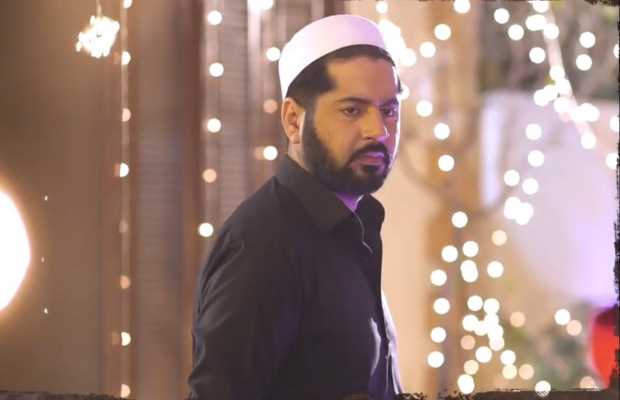 Raqs e Bismil aired another episode on HUM TV, this one is quite interesting as we see Zohra and Moosa facing each other once again after so long and this time Moosa seems to become Zohra’s knight in the shinning armor. In the last episode, we have seen that Moosa saves his lady boss Laila jee from an attack planted by her husband, and in this episode, Moosa seems to rescues Zohra.

The episode begins when Laila jee asks Moosa to accompany her to the Laal Gumbut Shrine as she wants to pay gratitude for being safe from the attack. Moosa hesitates for a while when he hears the name of the shrine he knows that he will encounter his father there but when Laila reminds him that being her bodyguard he has to accompany her for her safety, Moosa agrees to go to the shrine. Well, one wonders why Moosa is being that cruel to his father? He wanted Zohra, Zohra has refused him now why he is doing such kind of work which he knows will definitely going to hurt his father?

As expected Moosa’s father and Sitara’s father both see Moosa along with the former film star Laila accompanying her at the shrine, where Laila performs all the shrine rituals and Moosa is just standing beside her as her bodyguard. Moosa’s father feels embarrassed in front of Sitara’s father, his helplessness makes us feel sorry for him. Moosa really does not need to do this job to bring such displeasure to his father. Issa is also wondering what his brother is doing with that film actress? In the scene where Issa and Sakina wondering about Moosa’s affiliation with Laila, here we find Momin Saqib’s performance a little underwhelming.

Zohra has already got enough reality check then why she is still wondering at her husband’s demands? He has already made clear to her that he has not married her to give her a typical wife status but he wants her to socialize with her at parties and help him in getting business deals. In order to help her husband, poor Zohra has to entice Shehbaz Gill for which she is not ready.

Zohra and Moosa once again face each other at Shahbaz Gill’s party. Seeing Moosa falling from such a position of grandeur where he is adored and respected as a Peerzada to merely a guard who is being ill-treated by Laila’s husband is so heartbreaking, particularly the scene when Shehbaz Gill asks him to serve alcohol. Moosa tells Zohra that he has left his world of reverence and he has doomed himself to her world for her sake. Shehbaz Gill traps Zohra in a situation where she is in a room and he is trying to rape her when Moosa who has already sensed the situation intervenes and it seems that he is eventually going to rescue Zohra and will be her hero.

tweet
Share on FacebookShare on TwitterShare on PinterestShare on Reddit
Rameeza NasimApril 13, 2021
the authorRameeza Nasim
Rameeza Nasim, a Paralian, passionate about poetry, drama and fiction. By giving drama critiques I feel like I am endorsing the writer's message to the audiences, I love my job. Being a critic responsibility lies on my shoulders to point out the flaws and shortcomings of the play be it on writer's , performers or director's end . I did my Masters in English Literature and Linguistics .
All posts byRameeza Nasim