Laila jee seems to be the force uniting Zohra with Moosa 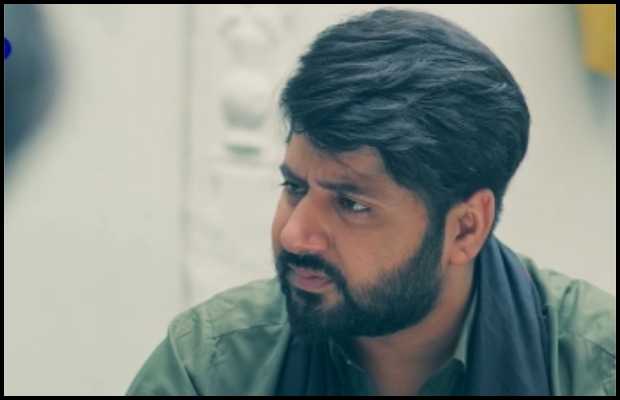 Raqs e Bismil is getting stronger with each episode despite having a number of directorial flaws, it is Moosa’s passion which makes audiences hooked to the screen. The script is also powerful and Hashim Nadeem has beautifully knitted this story but it is Imran Ashraf’s power-packed performance and his portrayal as Moosa which simply blow off our minds. In the previous episode Moosa rescues Zohra from Shebaaz Gill’s attempt of assault and in this episode Moosa saves Laila jee’s from her husband’s attempt of murdering her.

Well, as said before Moosa is what Raqs e Bismil all about. In the previous episodes it has shown that Malik Sheharyar’s family is not okay with him keeping Zohra as his lawful wife, they want him to divorce her as soon as possible otherwise they will disown him from their family property. Well Malik Sheharyar’s brothers do not look like feudal lords at all, poor performances from their side. It seems that Malik Sheharyar has left with no choice but to leave Zohra but all he worries is about the money he has invested on her.

Laila jee’s husband is all set for a master plan to kill her wife through a hitman. Well Namuraad gets the inkling about that plan and he reaches to the exact hitman who Laila jee’s husband Tauqeer has hired for her murder. Touqeer’s plan is to trap Moosa into this mess but Moosa once again gets on the spot right on time and saves Laila jee from that murder attack. In fact Moosa goes a step ahead and call the police and there that hitman records his statement against Taqueer. Well, one wonders why Tauqeer wants to kill Laila? his demeanor seems like a cute soft guy who got no murderer kind of vibes.

Laila jee has fully acknowledged what a gem of a person Moosa is. Moreover Moosa confides with Laila telling her all about his passion for Zohra and he also shares that what hurts him the most is that she has chosen a person who is merely a beast in disguise, he has no moral compass. Laila jee is resolute that she will help Moosa getting Zohra. She offers Malik Sheharyar a blank cheque and demands him to divorce Zohra. Issa is being too curious about that Sakina incident and this time unfortunately he sees Sakina’s ex-lover getting into that same house where he met those three boys. It seems that Issa has got the whole story and it is going to be a hell of a painful experience for him. Will Issa be able to forgive Sakina?

tweet
Share on FacebookShare on TwitterShare on PinterestShare on Reddit
Rameeza NasimApril 25, 2021
the authorRameeza Nasim
Rameeza Nasim, a Paralian, passionate about poetry, drama and fiction. By giving drama critiques I feel like I am endorsing the writer's message to the audiences, I love my job. Being a critic responsibility lies on my shoulders to point out the flaws and shortcomings of the play be it on writer's , performers or director's end . I did my Masters in English Literature and Linguistics .
All posts byRameeza Nasim