Saranga exposes Malik Sheharyar in front of his family 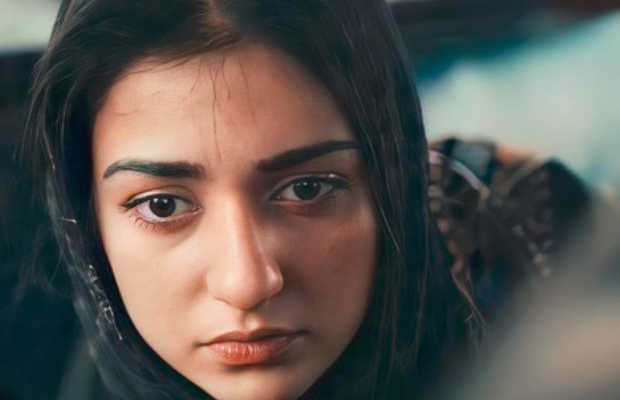 Raqs e Bismil with another episode down turning to be a huge disappointment, Moosa’s appearance is the only saving grace about the play rest is all a wishy-washy affair, the direction is so poor, few debut performances are so pathetic, seasonal actors are performing well, however, the plot all together is not making any sense. In the previous episode, we have seen Zohra’s failed attempt of escape and in this episode we see Laila jee paying a heft amount of ransom to get Zohra.

In the opening scene, Saranga and his goons are planning to get any clue to reach Zohra. Saranga rightly thinks that Malik Sheharyaar does not know anything about Zohra, he further plans to expose Saranga in front of his brothers to pressurize him and also to teach him a lesson. Well, then the whole scene of that so-called Jirga does not seem less than a farce. Those wealthy and so-called affluent Jageerdar brothers of Malik Sheharyaar do not look like feudal Lords at all, their performances are simply pathetic. A very poorly executed scene. Humayun Naz and Furqaan’s performances in comparison are far good.

The back story of Malik Sheharyaar is not making any sense at all,  as points are not connecting well. If Malik Sheharyar has gone bankrupt then how come he paid such a hefty amount of money to Anna jee to marry Zohra? Malik Sheharyaar has been portrayed as an extremely clever opportunist, losing all his money in gambling is not going with his character. Secondly, Chandpuri getting a copy of the property papers of Malik Sheharyaar seems so unrealistic.

Faizi and his wife are planning to get ransom money from Laila jee. It seems that Faizi is under dealing with Tauqeer and he has no plans of murdering Zohra. Faizi has not paid any visit to Tauqeer in jail. Laila jee seems a nincompoop who agrees to pay that hefty amount of ransom to get Zohra back. She herself stops Namuraad to accompany her.

Well, how come Namuraad leaves Laila jee like that? Saranga and his goons must follow Laila jee closely to get hold of the kidnappers. How come she blindly follows what she has asked for? What is the guarantee that she will get Zohra alive and safe? Zohra once again finds herself alone in the car and tries to escape. Let us see this time that if luck is with Zohra or it will be again a futile attempt. Well, there is no major scene of Musa so we really missed him in this episode so this episode overall is quite underwhelming.

tweet
Share on FacebookShare on TwitterShare on PinterestShare on Reddit
Rameeza NasimJune 6, 2021
the authorRameeza Nasim
Rameeza Nasim, a Paralian, passionate about poetry, drama and fiction. By giving drama critiques I feel like I am endorsing the writer's message to the audiences, I love my job. Being a critic responsibility lies on my shoulders to point out the flaws and shortcomings of the play be it on writer's , performers or director's end . I did my Masters in English Literature and Linguistics .
All posts byRameeza Nasim