The story of the series revolves around an arrogant girl Miraal. 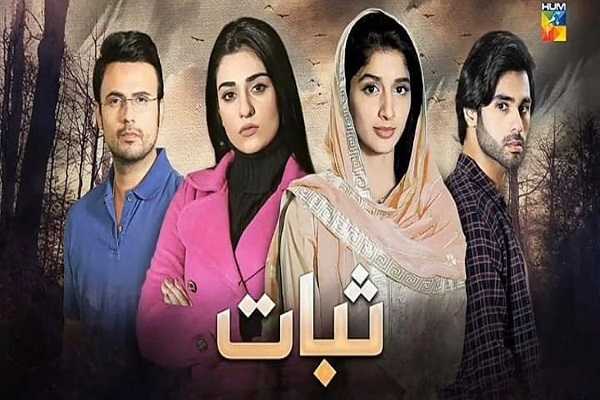 In this episode It is all about clash of social classes - OyeYeah Drama Reviews
0Share
1.6KViews

Sabaat is a new drama serial started airing at HUM TV and it seems like a story based upon the clash between social classes. The serial is written by Kashif Anwar and directed by Shehzad Kashmiri. For the very first time, we will see Sara Khan comparatively in a very different role, this time she has opted for a slightly negative character of an extremely arrogant girl Miraal. The main lead of the play includes Mawra Hocane, Osman Mukhtar, Ameer Gilani, Sarah Khan and others.

In the beginning of the play, the opening scene shows an extremely luxurious house is being renovated where the father is busy in renovations as per her daughter’s demands. Then there is a little argument between the father and the mother, his wife is trying to convince him that these wishes and wants have no end, we need to put some boundaries around it, he had renovated the house two years ago then why he is doing it all again on which he says that he will do anything to fulfill her daughter’s wishes and it is great that she is not habitual of standing refusals and Nos.

Miraal has been portrayed as an arrogant girl who is extremely snobbish, insensitive and at times rude and disrespectful. She is being bossy with her fiance as if he is her servant. The way she rudely talks with her old grandma is so disrespectful, she has no compassion or empathy for her Nani whereas her Nani is repeatedly telling her that she reminds her of her past and she does not want her to repeat all those mistakes she has done but this is making her even angrier.

Anaya on the other hand is another character but from a humble background, she is loving, caring, hardworking and intelligent. She is aiming to start a campaign at her University for the betterment of working women and to stand against workplace harassment. She has won the gold medal on her project but her success has not received well by her classmate Hassan who throws her project and tries to humiliate her for her middle-class background but Anaya very confidently confronts him saying that if you have guts than do it on your own not on your father’s money.

Hassan just like her sister Miraal is a spoiled and an arrogant boy who thinks that he has the right to rule the world and no one has the right to top anything except himself. His pride is hurt when her classmate whom he always used to look down has surpassed him in the project competition and she is honored with the gold medal and he got the second position. It is very difficult for him to digest it. Hassan loses his cool and tries to insult Anaya but in returned he gets insulted by her. He starts thinking that she is right, he needs to work on his own, he should not depend not on his father’s money.