Miraal and Dr Haris is having a disturbed married life 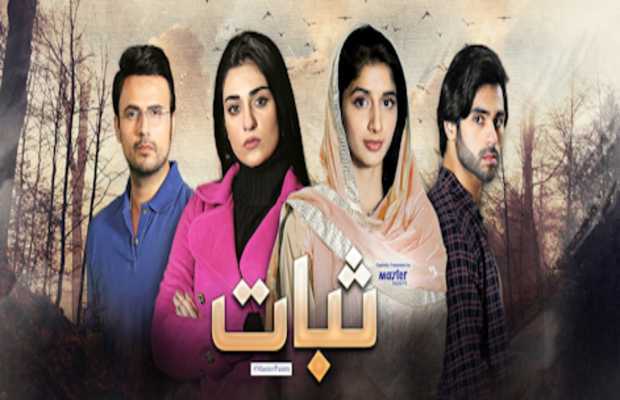 Sabaat one of our favorite Prime Time Watch at HUM TV comes up with another episode. The story has moved forward and now it seems that Atif is successful in playing his move very smartly by seeding doubt against Anaya in Hassan’s mind. Dr. Haris and Miraal have an argument over a nonsense thing, Miraal wants Dr. Haris to leave his practice. Performances were on point. Mawra Hocane’s natural performance is what makes Sabaat an Interesting Watch.

Anaya’s hard work at her workplace gets paid off, her tender gets approved and she is promoted from trainee to assistant engineer. Well on the other hand poor Hassan and his mean friend Atif sort of getting demoted as they have to now work under a female staff member who is good for nothing and Yasir Qureshi has done that as a sort of punishment because they refuse to follow her orders. Atif tells Hassan that it is the norm of every other office that girls are getting promotions for nothing just because they are girls and they are having good relations with the boss.

Hassan when goes back to his house, he is welcomed with a party celebration. Anaya tells him that she is being promoted. Well for the very first time Hassan starts doubting Anaya not as literally or in a fuller sense but there is a seed of doubt which has created a space in his mind, well that means Atif is ready to water that doubt. Later Anaya’s boss visits Hassan’s office and there he himself congratulates Hassan for Anaya’s promotion. There Atif gets to know about her promotion and he thinks that it is a golden chance to seed doubts in Hassan’s mind.

Atif tells Hassan that Anaya’s boss is even more corrupt than Yasir Qureshi. Hassan gets disturbed on knowing that and unintentionally he starts doubting Anaya but his heart says that she is not like that. Anaya’s father’s condition is getting worse and here we appreciate Muhammad Ahmed’s performance who brilliantly has carried his breathing problem and how he tries to conceal his pain and ailing from her daughter.

Miraal is just being Miraal, she needs a puppet not a human as her husband. She is asking Dr. Haris to leave his practice and join her business! She wants Dr. Haris to leave his practice just because he treats women there! She is being extremely unreasonable and she even blocks Dr. Haris’s number too. Dr. Haris is trying his best to keep his relationship. Well, one wonders what Dr. Haris has seen in Miraal? What is there in Miraal that he has fallen for? except for her good looks.

tweet
Share on FacebookShare on TwitterShare on PinterestShare on Reddit
Rameeza NasimAugust 25, 2020
the authorRameeza Nasim
Rameeza Nasim, a Paralian, passionate about poetry, drama and fiction. By giving drama critiques I feel like I am endorsing the writer's message to the audiences, I love my job. Being a critic responsibility lies on my shoulders to point out the flaws and shortcomings of the play be it on writer's , performers or director's end . I did my Masters in English Literature and Linguistics .
All posts byRameeza Nasim