Even critics and audiences have unanimously concluded that show doesn’t offer much; thematically and aesthetically. 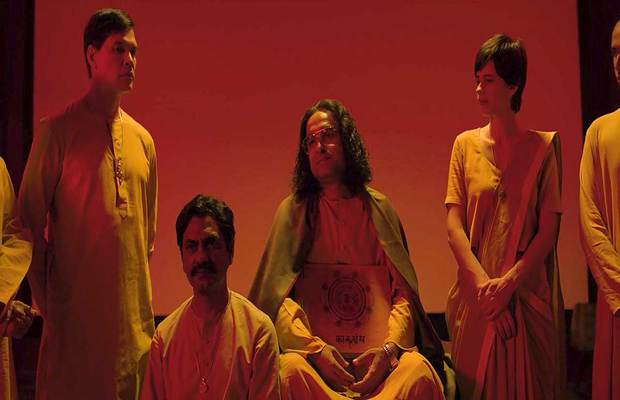 Sacred Games Season 2, the much anticipated Netflix series finally made its debut on the streaming site on 15th of Aug, but new season disappoints with its silly shallow plot defaming Pakistan. And biggest disappointment for those who were dying to see the end, what becomes of the 25-day challenge to save the Mumbai city.

Sacred Games Season 2 turns out to be a completely different beast in comparison to Season 1, which was far better making it hit internationally for its mystery-thriller plot with a more definite ending.

Season 2 takes somewhat a shallow approach to unearth what constitutes and drives its central characters mixing up the India-Pakistan conflict, along with some political meddling. And after all this unsurprisingly, story plot turns out to be a sheer ploy to propagate anti-Muslim sentiments.

Many have not read the book, as the show is based on the namesake novel by Vikram Chandra, directed co-directed by Vikramaditya Motwane and Anurag Kashyap, do not know how the story progresses.

The show revolves around Sartaj Singh (Saif Ali Khan) following criminal mastermind Ganesh Gaitonde’s (Nawazuddin Siddiqui) cryptic directions to save Mumbai from cataclysmic ploy. Last episode of the season does connect to the previous season’s E1 how things started to shape up.

This season, as speculated, included more of the third Baap of Gaitonde, Pankaj Tripathi who turns out to be a cryptic guru. He has the most interesting lines and a character that spreads itself out gradually into a puzzling arc of demoniacal destruction.

The tension which was built gradually into the plot of S1 by monstrously notorious, foul-mouthed and evil-minded Gaitonde, here seems to be forced into a regular badmash who appears to be oddly tamed by the new factors and characters of S2. At least this wasn’t expected by Gaitonde’s fans.

There is another put-down the addition of Ram Gopal Varma’s character as director called Ram G, trying hard not to include any spoilers, but the first 3 episodes of S2 are mere antipasto with an overriding new element of parody.

There is more detailed account of Guruji, the godman played by Tripathi, and his ashram, where people drink a blood-red hallucinogen and story line develops by telling something went very wrong 20 years ago, as the characters keep appearing back and forth in time.

Coincidence or series developer’s bad that the fundamental thread involving Pankaj Tripathi ashram’s story line turns out to be like a Sacred Games cover version of Wild Wild Country, the Netflix documentary about the Osho ashram being set up in the US.

One must also concentrate to understand what is exactly going-on on the screen as Sartaj Singh (Saif Ali Khan) in a current timeline tries to explore the link between Guruji and Gaitonde, both now dead.

Don’t forget it’s all about the nukes, illegally obtained by Gaitonde’s teesra baap, via Shahid Khan an ISI sponsored terrorist who is killed in the last episode like an ordinary thug.

Subhash K Jha, an Indian critic has summed up the summed up Sacred Games season 2 by saying, “There is little to appreciate in this season of Sacred Games. Even the performances appear strangely detached, with Saif Ali Khan deliberately playing down his character’s tensions to let his arch rival scream through a role that grows progressively sociopathic. Gaitonde’s foul language gets tiring after a while”.

And he further adds, “Everything that was apparently appreciated in the first season has been amplified in the second season. There is more darkness spreading itself out from the characters’ hearts into the farthest distance of this series’ godforsaken horizon”.

Reactions are also pouroing in on social media as a large number of audiences were left disappointed:

Indian directors & producers can never miss any chance to malign and bullshit about Pakistan and SACRED GAMES 2 is no exception, ITS ALL AGAINST OUR INTELLIGENCE AGENCY ISI. #15AugustBlackDay

@NetflixIndia Sacred Games season 2 has focused on proving that Pakistan is behind all the terrorist attacks in India.

Also not the same thrill as season 1.
Disappointed.

Completely ruined the story, plot of Sacred Games season 2. Writers only task was to go against Muslims and Pakistan. Another GOT S8 in the making. 🙄🙄#SacredGamesSeason2 #SACREDGAMES2 #SacredGamesS2

IND-PAK controversy has been a drama . Shows like #SacredGamesSeason2 has been promoting the scene , nuclear attacks , threats Hindu-Muslims religion behalf secularism Muslims -Islam has always been taken as threat in all nations

tweet
Share on FacebookShare on TwitterShare on PinterestShare on Reddit
Saman SiddiquiAugust 19, 2019
the authorSaman Siddiqui
Saman Siddiqui, A freelance journalist with a Master’s Degree in Mass Communication and MS in Peace and Conflict Studies. Associated with the media industry since 2006. Experience in various capacities including Program Host, Researcher, News Producer, Documentary Making, Voice Over, Content Writing Copy Editing, and Blogging, and currently associated with OyeYeah since 2018, working as an Editor.
All posts bySaman Siddiqui