Haaji Marjaan beats Hikmat and blames him for attacking Hilmand 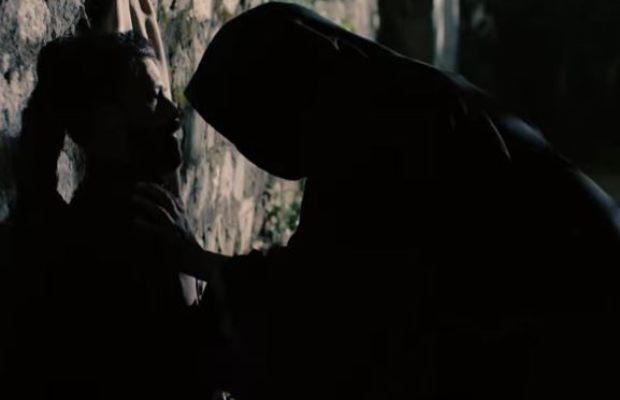 Sang e Mah the drama serial airing on Hum TV is 12 episodes down, the story is super intriguing and the characters are multilayered. Performances are incredible as well. The previous episode we have found quite intriguing but very confusing. In the latest, we have seen that Mastaan Singh tries to kill Hilmand to take Gulmeena’s revenge and he is in a critical stage.

Sheharzade’s deprivation makes sense but her getting so much involved in the household of Haaji Mastaan calling him father looks a bit unreal but one feels that she does that because he is also the father of Hilmand. Hikmaat sends the basket of fruits to Gulmeena’s house as a token of his proposal which Zarghona sends back and he snubs Hikmaat for sending those things on his own without his parent’s consent.

Hilmand goes to the same Peer Zarghona paid a visit to. The Peer asks him to leave everything behind and be his novice but he says that he has some unfinished business to do. He opens up to him and tells him everything about his life how his life had been unfair to him. He is in a way complaining about God and his justice on which Peer says that a slave cannot show tantrums to his Master.

Mastaan Singh is a free man and we see that he is coloring his beard, but then his heart is still wondering how come Bibi Zarghona has freed him like that. When his chacha delivers Gulmeena’s message. He gets disturbed. He, in the middle of the night, attacks Hilmand with a kirpan to take revenge on Gulmeena’s ghaag as he considered Gulmeena his daughter. Mastaan Singh knowingly put himself again in trouble by killing Hilmand. He meets Gulmeena and tells her that he has taken her revenge by killing Hilmand, Gulmeena is in shock.

Hilmand is in a critical stage but his friend is announcing that Hilmand Ka Qatal hogaya hay” which is wrong it should have been ” Hilmand per hamla hoa hay”. The way Haaji Marjaan reacts on it says volumes about his love for Hilmand. He beats Hikmat and blames him for that. Haaji Marjaan’s character alone is quite multi-layered, he has committed a heinous sin, guilt is eating him up and then he loves people purely for instance his love for his wife and then he is getting worried for Hilmand makes him a very intriguing character, and makes us question that can such a person really commit such a brutal murder?

tweet
Share on FacebookShare on TwitterShare on PinterestShare on Reddit
Rameeza NasimMarch 28, 2022
the authorRameeza Nasim
Rameeza Nasim, a Paralian, passionate about poetry, drama and fiction. By giving drama critiques I feel like I am endorsing the writer's message to the audiences, I love my job. Being a critic responsibility lies on my shoulders to point out the flaws and shortcomings of the play be it on writer's , performers or director's end . I did my Masters in English Literature and Linguistics .
All posts byRameeza Nasim