Sheharzade opens up with Dr Haider's wife about her life- longtrauma 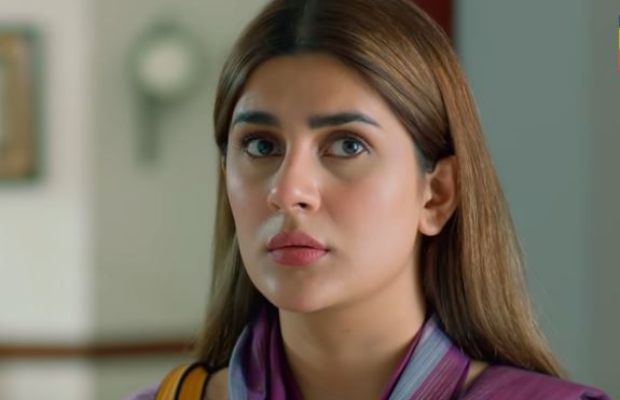 Sang e Mah the drama serial airing on Hum TV is quite an engaging Prime Time Watch. Performances by the ensemble cast are simply incredible. In the previous episode, we have seen that Haaji’s guilt is eating him up. In this episode, it seems like Haaji is washing away his sins by doing some good deeds he is resolute that he will provide Sheherazade justice by taking matters into his own hands.

Haaji after hearing what has happened with Sheharzade goes straight to the doctor’s house and meets his wife. The doctor’s wife although it seems that she knows her husband’s nature well but still she looks in a state of denial when Haaji narrates what Haider has done with Sheherazade. She asks Haaji to bring Sheherazade.

Hilmand is getting better and his wounds are healing. We were right guessing yes Hilmand is deliberately avoiding his mother by posing as if he is unconscious and Sheherazade knows that too. Hilmand has also made Martha his sister and tells her that he will always be at her disposal whenever she needs him. Martha tells him that Sheherazade has gone with Awal Khan as Haaji has called her at Doctor’s place. Hilmand gets a bit shocked but then he just tells Martha to go to the hospital as she is needed there and he will take care of himself.

Sarzanga is blaming her sister Zarghona for provoking Hikmat to kill Hilmand. Sarzanga is not ready to listen Zarghona or Hikmat. Hikmat has left with no choice but to swear upon the Holy Quran to validate himself otherwise his mother is not ready to believe him. Zarghona has got the clue that who might have tried to kill Hilmand. She guessed it right it is Mastaan Khan. She knows that after Hikmat only he has a reason to kill Hilmand and also he has killed him the way Mastaan has killed Zarghona’s husband Asadullah.

tweet
Share on FacebookShare on TwitterShare on PinterestShare on Reddit
Rameeza NasimMay 2, 2022
the authorRameeza Nasim
Rameeza Nasim, a Paralian, passionate about poetry, drama and fiction. By giving drama critiques I feel like I am endorsing the writer's message to the audiences, I love my job. Being a critic responsibility lies on my shoulders to point out the flaws and shortcomings of the play be it on writer's , performers or director's end . I did my Masters in English Literature and Linguistics .
All posts byRameeza Nasim