Hilmand seems like he has lost his revenge game 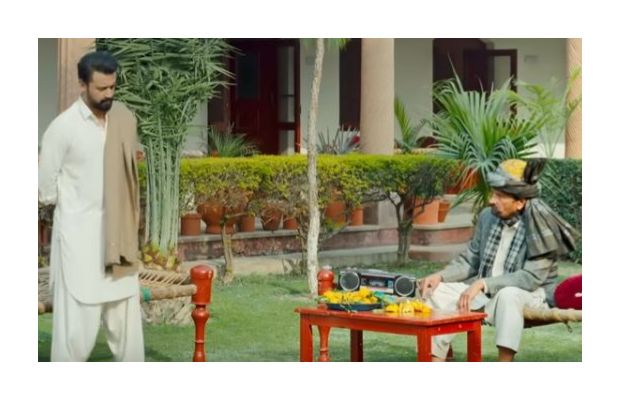 HUM TV drama serial Sang e Mah is  24 episodes down and the story has taken a drastic turn. This episode in particular is not as happening as the previous one. Performances are on point. In the previous episode, Hilmand gets doomed on Jirga day when his mother confesses in front of him that she has actually murdered his father because he has committed Ghaag on her. In this episode, Hilmand meets his grandfather and confirms the fact that his father has committed Ghaag. Hilmand’s grandfather is on his separate revenge-seeking mission.

Everyone is wondering where Hilmand has gone even his so-called companions are also missing him but none of them is taking any pains to find him out. Sheherazade is in search of Hilmand and she has reached his Hujra and she snubs his companions for doing nothing for Hilmand. The dua Awaal Khan makes to find Hilmand is very cute especially when he says ” Behan bolo Ameen ” to Seharzade.

Hilmand makes his way to his native village, the village of his father and there he finds his grandfather. His grandfather gives him a very cold welcome, although he calls his sons and introduces him as his uncles and they offer him to have lunch. Hilmand inquires about his father and he confirms that he had attempted Ghaag on his mother.

Hilmand’s grandfather and uncles are not nice people and it seems that Hilmand has sensed that too. Hilmand’s uncles have heard about Lesperaan Jirga and Zarsanga’s confession of killing Nasarullah, they share it with their father. Hilmand’s grandfather seems an opportunist and greedy person he is now all set on his separate revenge mission which is more about having a deal with Haaji Marjaan. They are so cruel that they have deprived Hilmand of his legal share.

Our heart goes out to poor Hilmand who is lost. The scene between Hilmand and Sheharzade is strong but Hilmand is not interested in leaving Lesperaan and settling with Sheherazade. It seems that he is so broken that he has lost his will to live. He is telling Shah of Lesperaan that the ideal of his father he has set in his mind and the saddest part is that his grandfather has confirmed that his father has committed such a heinous sin of Ghaag! He further says that he has himself heard Guru Baksh telling Haaji Marjan about the poison, he is also a partner in crime so it makes him evil too. Wondering what would be possibly the conclusion of the play? Haaji Marjaan insults Hilmand’s grandfather when he comes for the deal telling him to play jirga jirga.

tweet
Share on FacebookShare on TwitterShare on PinterestShare on Reddit
Rameeza NasimJune 20, 2022
the authorRameeza Nasim
Rameeza Nasim, a Paralian, passionate about poetry, drama and fiction. By giving drama critiques I feel like I am endorsing the writer's message to the audiences, I love my job. Being a critic responsibility lies on my shoulders to point out the flaws and shortcomings of the play be it on writer's , performers or director's end . I did my Masters in English Literature and Linguistics .
All posts byRameeza Nasim