We get to know the backstory of major characters 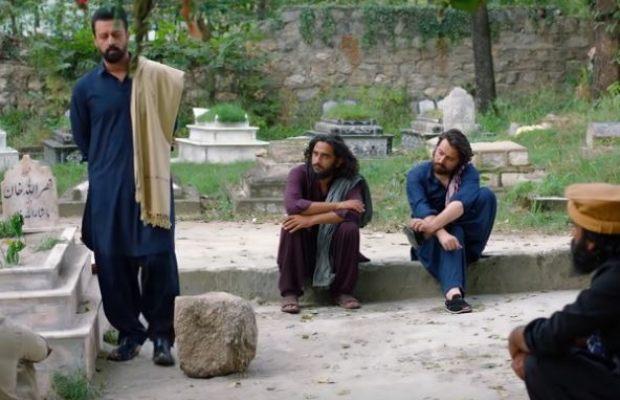 Hum TV’s classy drama serial Sang e Mah is six episodes down. Performances, storytelling, dialogues, and execution everything is on point. In the previous episode, we have seen that Hilmand’s madness has blinded him in his revenge. In this episode, the mystery unfolds and we get to know about the backstory of these mysterious characters.

Zarghona and Mastaan Singh’s backstory is bit unfold in this episode when Zarghona tells Gulmeena that he has murdered her father Asadullah. The story moves in a flashback where young Mastaan Singh is taking his fiance for a lovely time in Asadullah fields but then Asadullah catches them he starts humiliating them particularly Mastaan calling him the son of a Sikh when Mastaan Khan loses his cool and he stabbed Asadullah. Surprisingly unlike Hilmand, Gulmeena is quite forgiving towards her father’s murderer she thinks that he has already paid enough for his sin.

Then there are gossip mongers they recall the day when Zarghona has called a Jirga and demands her husband’s murder that is also one powerful scene where Zarghona drops her chaddar in front of the Jarga saying that she is not going to cover her head till she gets justice. The powerful dialogue is when she is told that ” Chaddar pehno behaya aurat” her powerful reply is “Mera Insaaf yahan rakho Bahaya Mard” Hilmand goes to Guru Baksh funeral and there Mastaan is about to attack him but her fiance stops him.

Haaji Marjaan also recalls a scene when he hears about Guru Baksh’s death. The scene is when Haaji Marjaan asking from Guru Baksh about a poison he asks whom he wants to give that poison he says a dog that dialogues were so sharp. Well, one wonders how come Hilmand who was then a five or six years old boy knows that Haaji with the help of Guru Baksh has killed his father? Why does Zarghona have so many grudges with Haaji Marjaan? Badam Gul tells Zarghona that Hilmand comes to his funeral and he is about to spit at his body but he refrains to do that. Zarghona wonders why anyone wants to spit on a dead body he replies that one does that only on the dead body of an enemy!

tweet
Share on FacebookShare on TwitterShare on PinterestShare on Reddit
Rameeza NasimFebruary 16, 2022
the authorRameeza Nasim
Rameeza Nasim, a Paralian, passionate about poetry, drama and fiction. By giving drama critiques I feel like I am endorsing the writer's message to the audiences, I love my job. Being a critic responsibility lies on my shoulders to point out the flaws and shortcomings of the play be it on writer's , performers or director's end . I did my Masters in English Literature and Linguistics .
All posts byRameeza Nasim