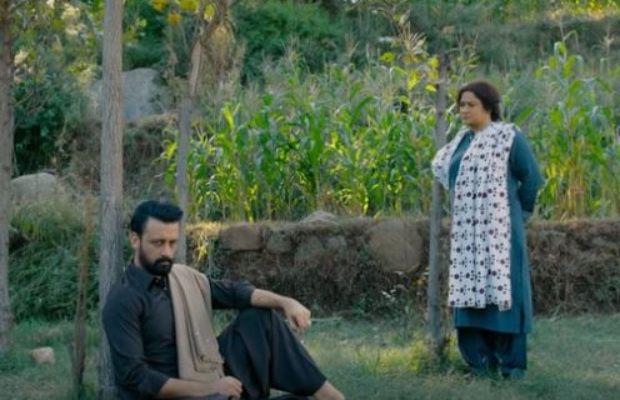 Sang e Mah the drama serial airing at Hum TV is one of the plays we look forward to. In this episode, the mystery reveals more of how Hilmand gets to know about his father’s murder and Haaji’s reality in this episode. In the previous episode, we have seen Sheharzade and Hilmand’s encounter and how Hilmand touches Sheharzade’s soul.

The story unfolds showing how well Sheharzade tackled the harassment issue. She gives her creepy new boss a befitting reply and then she leaves the place flaunting in Hilmand’s given chaddar. She meets her ex lady boss who is too good to be a true kind of a boss who immediately asks her to join her office but Sheharzaad says she needs a break.

The loving lady boss is so caring towards Sheharzade that she even notices that she is in love and also she guesses that it’s one-sided and that chaddar is the one given by that person it all seems so over the top. Sheharzade’s godmother wishes her all well. we are wondering what Sheharzade is up to? What is she going to do? Sheharzade is completely in love with Hilmand and her heart knows that Hilmand is not a bad person.

Zarghona calls Hilmand at her place and asks her why he has defamed her innocent daughter? Hilmand tells Zarghona that he knows she hates his mother so she will never let him marry Gulmeena. He further tells Zarghona that he has chosen her house to stay safe because he has no intentions to marry Gulmeena as he has no interest in her. Zarghona tells him that his brother Hikmat loves Gulmeena and he has ruined their relationship. Hilmand is shocked and disturbed to hear that Hikmat loves Gulmeena and he has somewhat come in between them.

Hilmand shares with his khala the reason behind his Ghaag and that is pure revenge from Haaji Marjaan. Zarghoona hears his side of the story doubting that it might be fabricated but still it seems that she believes her nephew. Hilmand shares with her how he has once overheard Haaji Marjaan and Guru Baksh’s conversation where Guru Baksh is telling Haaji that he has deceived him by taking poison to kill a dog but actually he has killed Nasar Ullah and the symptom he had at his death bed was his poison’s reaction. Guru Baksh is asking for a favor in return for Mastaan Singh. This revelation that Hilmand’s stepfather who he always thinks like his own father is actually the murderer of his real biological father! Our heart goes out for poor Hilmand.

tweet
Share on FacebookShare on TwitterShare on PinterestShare on Reddit
Rameeza NasimMarch 7, 2022
the authorRameeza Nasim
Rameeza Nasim, a Paralian, passionate about poetry, drama and fiction. By giving drama critiques I feel like I am endorsing the writer's message to the audiences, I love my job. Being a critic responsibility lies on my shoulders to point out the flaws and shortcomings of the play be it on writer's , performers or director's end . I did my Masters in English Literature and Linguistics .
All posts byRameeza Nasim