Hooriya's mother has taken her to a peer for treatment 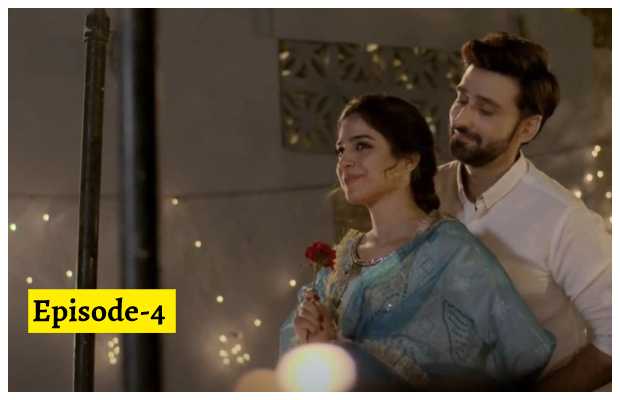 HUM TV’s drama serial Saraab is addressing mental health issues as the protagonist of the play Hooriya is an advanced stage schizophrenic patient. Sonya Hussyn is beautifully playing the role of a mentally ill person who is fighting from her disease as well as she is also facing people around her who do not believe her nor they are serious about her treatment except her cousin Asfand.

The episode begins with Hooriya’s engagement taking place, Hooriya is clearly not happy with her engagement, and deep inside she has a feeling that she is betraying her cousin Asfand who is angry with her. She once again hallucinating that Asfand has sneaked into their house and also that he is intending to hurt her with a stone. She starts shouting and trembling, she tells her mother and sister about Asfand and also that he has broken the window glass with stone. No one is ready to believe her as the window glass is not broken at all.

Asfand’s family comes with his proposal for Hooriya with sweets baskets when Warda stops them from coming into the house and she tells them that Hooriya’s engagement is taking place in the house with her brother in law. Asfand’s parents are shocked to know that Hooriya’s parents have not even cared to tell them about her engagement let alone inviting them. Asfand says that he is dead sure that Hooriya is not happy with this engagement and he is going to marry her no matter what happens.

Hoorriya’s mother instead of taking her daughter to a psychiatrist decides to take her to some Peer Baba for treatment. Nor her sister nor her father advice her mother not to take her to such a place. Asfand gets disturbed when he comes to know that Hooriya is being taken to a Peer instead of a psychiatrist. He questions Namal that when she is in such worst mental condition that why they have done her engagement when she clearly knows that Hooriya and he likes each other very much, Namal gets disturbed with this, she simply snubs Asfand by saying that he should not intervene into their matters and also that this engagement is done by Hooriya’s consent.

Hooriya’s mother takes her to a typical Peer, despite Hooriya feeling uncomfortable there she insists her to keep quiet. Well, this typical Peer’s revelation is not making any sense how come he hits her mother’s senses like that? How come the Peer knows about Asfand and his mother? it seems quite an exaggerated scene and it is not making any sense. Peer tells Hooriya’s mother that she is under a spell of powerful magic done by a woman from their own family and also the son of that woman is also involved in that as he wants to marry Hooriya!

tweet
Share on FacebookShare on TwitterShare on PinterestShare on Reddit
Rameeza NasimSeptember 11, 2020
the authorRameeza Nasim
Rameeza Nasim, a Paralian, passionate about poetry, drama and fiction. By giving drama critiques I feel like I am endorsing the writer's message to the audiences, I love my job. Being a critic responsibility lies on my shoulders to point out the flaws and shortcomings of the play be it on writer's , performers or director's end . I did my Masters in English Literature and Linguistics .
All posts byRameeza Nasim